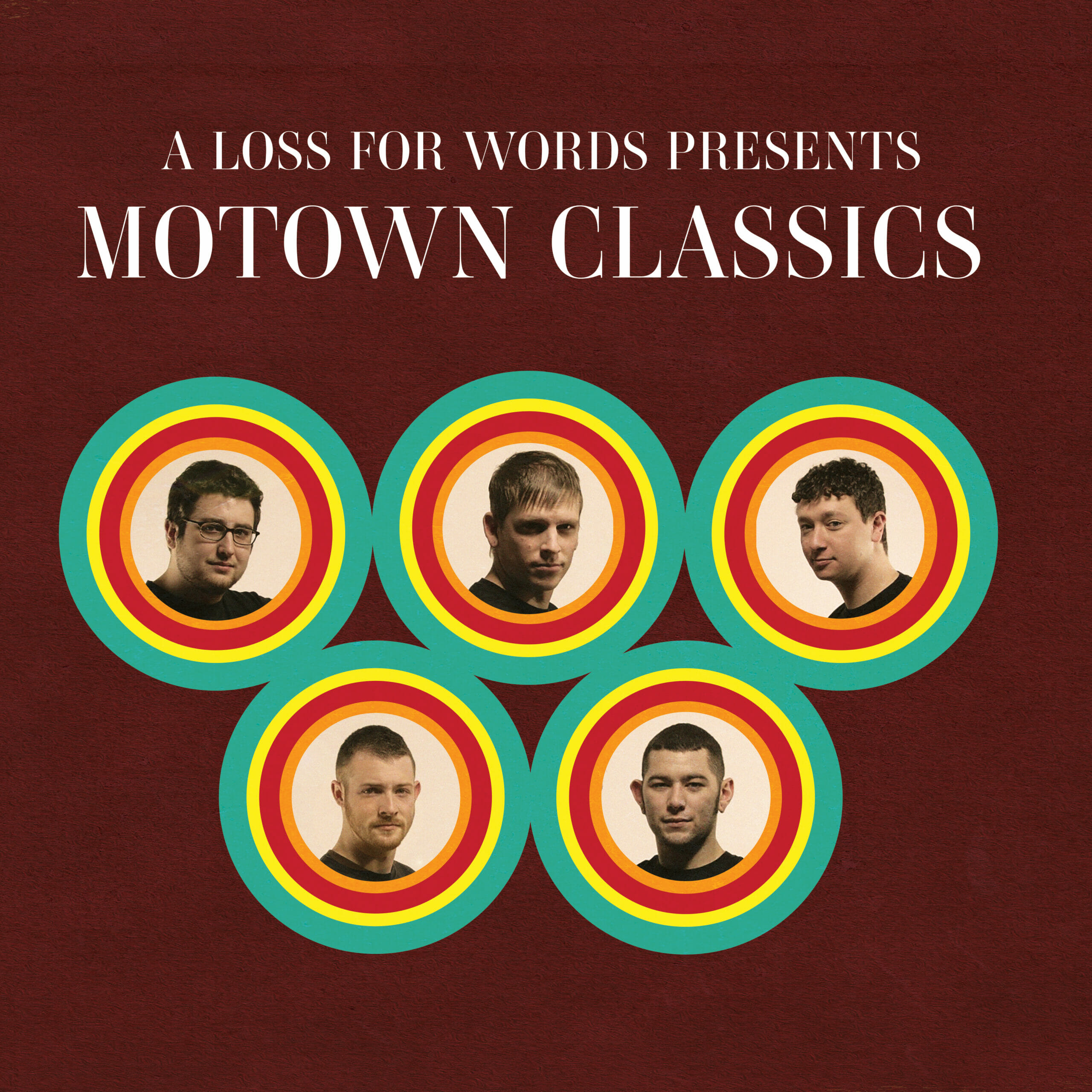 A LOSS FOR WORDS Celebrates Ten Years of Motown Classics

Pop punk legends A Loss For Words are celebrating ten years of Motown Classics, their hit covers album featuring re-worked versions of “Do You Love Me” (originally by The Contours), “My Girl” (originally by The Temptations), “I Just Called To Say I Love You” (originally by Stevie Wonder), and more. The record has been remixed and remastered, and is available digitally and on vinyl for the first time ever, out now on Pure Noise Records here: https://smarturl.it/AL4W.

“It seems crazy to me that ten years ago we had the idea to re-work some of our favorite Motown classics and record them in our homie Chris Curran’s basement,” vocalist Matty Arsenault shares. “They went over so well that it actually was a big staple for our band and growing our fan base on the road. It was an honor to sing these incredible songs with our own little twist!”

He continues: “I hope you guys dig it and can travel back ten years ago with us! Much love always and forever. Big thanks to Pure Noise as well for believing in us since day one. It’s an honor to re-release another milestone with you guys.”

Formed in 2000 just south of Boston, A Loss For Words spent 15 years tirelessly touring the U.S. and around the globe in support of numerous full length albums, EPs and splits. Their brand of genuine and heartfelt pop punk led to a slew of tours, friendships, and memories. Though the band decided to call it a day in 2015, they hope whatever size mark they left is a positive one.