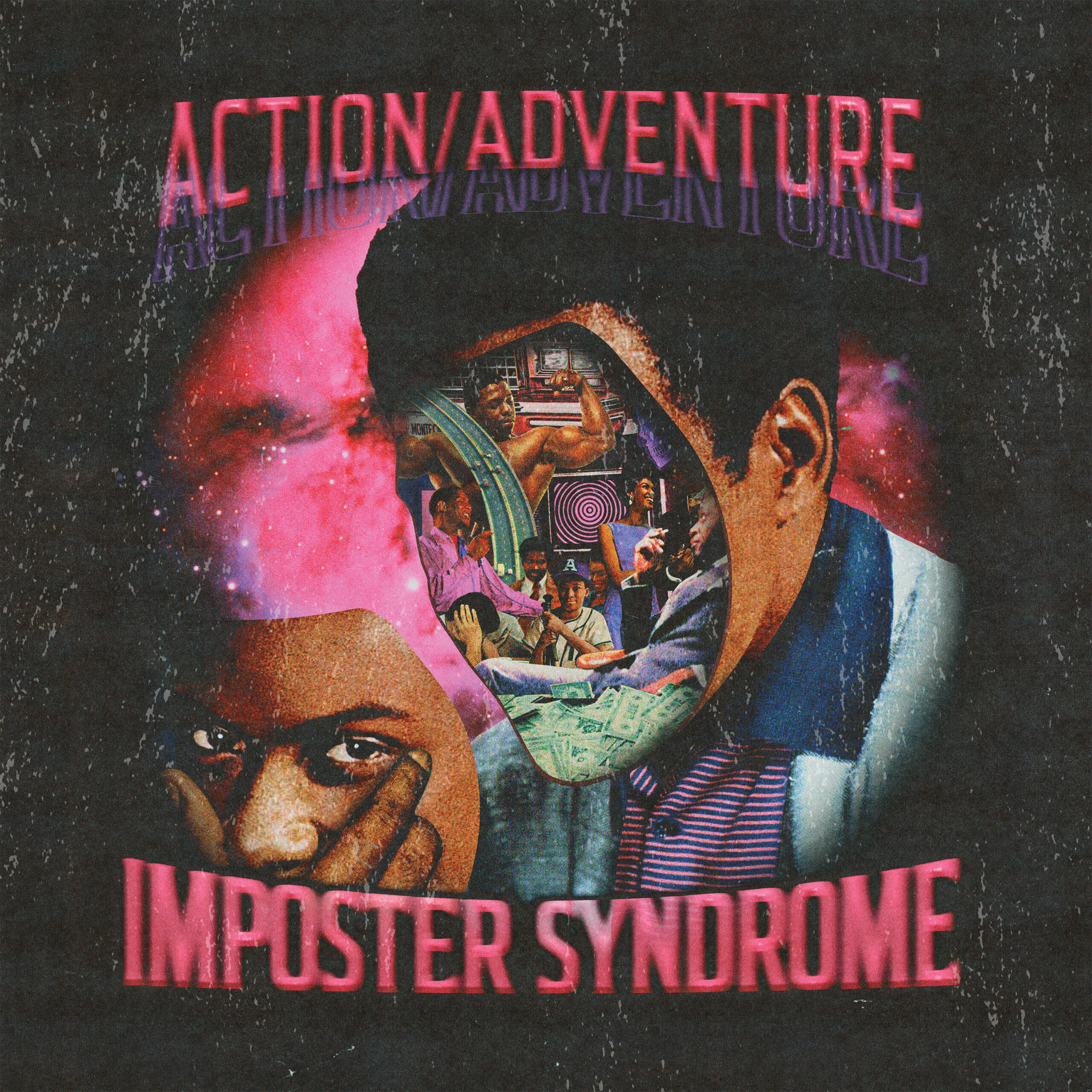 Action/Adventure shouldn’t be here. At least, that’s what the Chicago-based five-piece seems to think.

They’re wrong–very wrong–but that’s the overriding theme of their debut album. That’s partly why they named their forthcoming record “Imposter Syndrome“–because when the band signed to Pure Noise Records, they couldn’t quite believe it.

“For us,” says lead vocalist Blake Evaristo, “having a debut on Pure Noise is insane. Especially because, when “Barricades” blew up for us and we got all that TikTok clout, it happened during the pandemic, so we didn’t even play a show till nearly a year later. And I feel like, in that time, we were having Imposter Syndrome, hence the title.

Action/Adventure has today shared two offerings from this debut, “Levity” which is accompanied by the music video and streaming single “3818″.

The band’s feeling of imposter syndrome runs deeper than just what we mentioned. Namely, because they’re an entirely BIPOC band in the pop-punk scene, which automatically adds an extra layer of depth and uneasiness to everything. It’s what the TikTok video for “Barricades” was all about, and it’s an inherent part of their identity.

That video was never meant to blow up, nor was it meant to be overtly political. It simply captured how they felt about who they were and was uploaded by Jackson one day on a whim.

Still, Action/Adventure are acutely aware their existence is nevertheless important in terms of visibility. They’re just also keen to stress that their initial intentions were all music-focused, and that it’s chance, not design, that they’re all BIPOC. “Those two parts have to co-exist on completely even playing fields,” explains Jackson. “One can’t really outshine the other. Growing up in the scene, I almost felt like a pariah–I could count the amount of other black people going to shows on one hand. One of them is Adrian! You’d always see the same four or five other black people at shows, so you get to know each other. So it’s important to not lose sight of that, but also don’t want us to be a token band. We’re just a band. We’re a group of people playing music that we like to listen to and that we like to write–and we just all happen to be people of color. It was an accident, it wasn’t planned.”

One listen to this record, and that’s clear. It’s emotive and erudite, sophisticated and serious, fun but also full of the trials and tribulations, insecurities and uncertainties that make us all human. All that is channelled into these 10 impassioned and precise, vigorous and spirited songs. The fact that it hits so incisively and profoundly demonstrates why – even if they use the term with tongues firmly in cheek – pop-punk for adults is the perfect description.

“This might be our first album, but we’ve all been through the wringer, and I hope people hear that we have real stuff that we’re dealing with – whether that’s being in a band, being a person of color in the scene or chasing a dream that seems so hard and unattainable. I really hope people can feel what we’re feeling.” says Evaristo

The band will be on the road with Hawthorne Heights and Armour For Sleep later this month
Full dates below:

* No Armor For Sleep