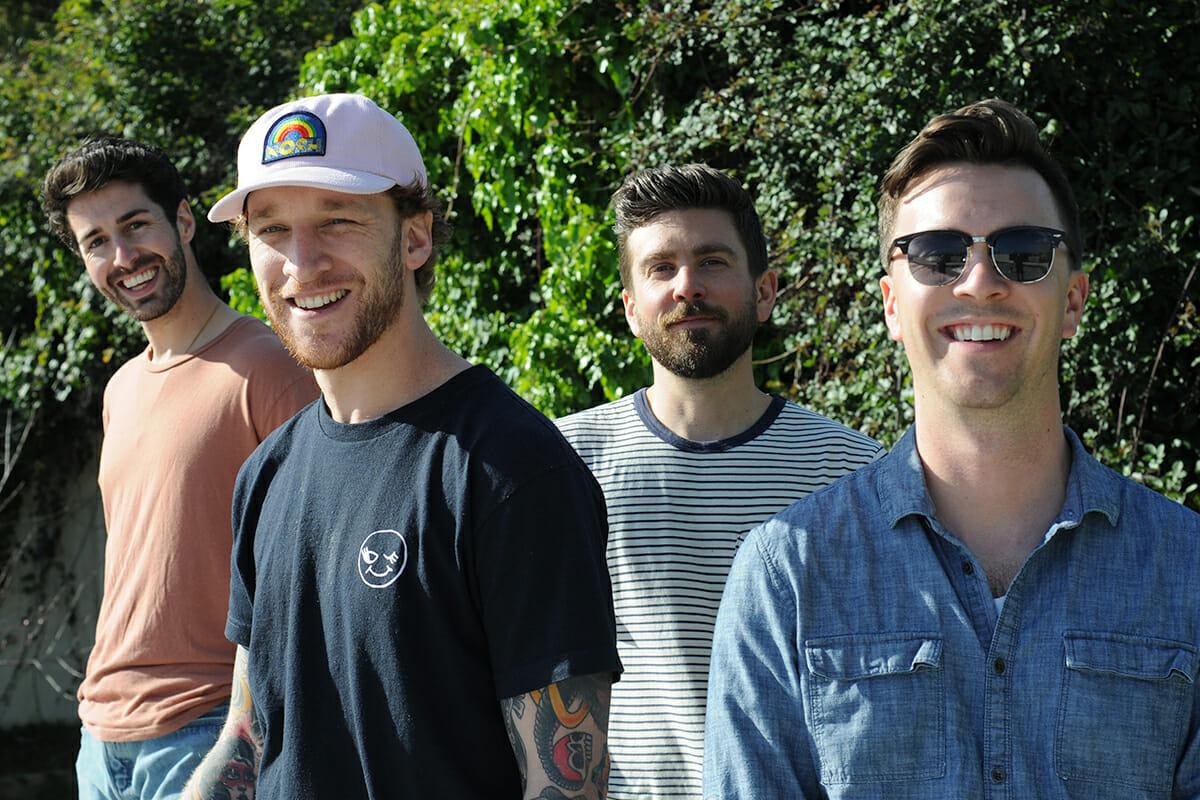 Northern California-based quartet Cold Moon have announced their signing to Pure Noise Records today. “Thanks for taking us in, Pure Noise! We’re excited to be part of the family” share the band on the exciting news.

In addition to the signing announce, Cold Moon have released their debut EP, Rising, which is available to purchase and stream today at http://smarturl.it/coldmoon. A collection of six painstakingly balanced and cinematic songs, Rising pulls from influences like American Football and Wilco while embracing post-rock impulses.  It tackles themes of change and vulnerability, looking out into the vast expanse of the unknown and mustering up the courage to face it head-on.

From the hypnotic, ominous riffs of “Stevie” to the acoustic-based pitter-patter of “Green Eyes” and cascading guitar movements on the set-closing “Lessons”, all of these tracks have a cinematic quality, while the tracked-to-tape nature of the EP imbues the songs with breaths of authenticity and humanity a digital process would have sorely lacked.

Musically, the songs Cold Moon have written are miles removed from where the band came from (Bassist Will Levy plays guitar in pop-punk stalwarts The Story So Far, while Drummer Mike Ambrose was a longtime member of the hardcore-tinged Set Your Goals), but they still carried the same intrinsic urgency and emotional resonance that colored their other projects.

After demoing Rising and preparing to hit the studio to track the final versions, the childhood friends soon stumbled upon the power of Jack Sullivan’s voice, as well as the influence singing could have on their songwriting. It immediately changed everything for the band, who began using vocal parts not to define their music, but rather drive it—adding yet more melodic textures to their songs.

“I don’t know if it was the right approach to songwriting,” Sullivan says with a laugh, “but it felt good. It was like a nice coat of finish on a completed piece of art. We didn’t know what was going to happen when we got in a room together, but it was a real safe, comfortable space. We just let the music happen.”

Cold Moon will be performing two special shows in Northern California late this month. Fans can find more information about these shows and what’s coming next for Cold Moon at http://www.coldmoonmusic.com/.