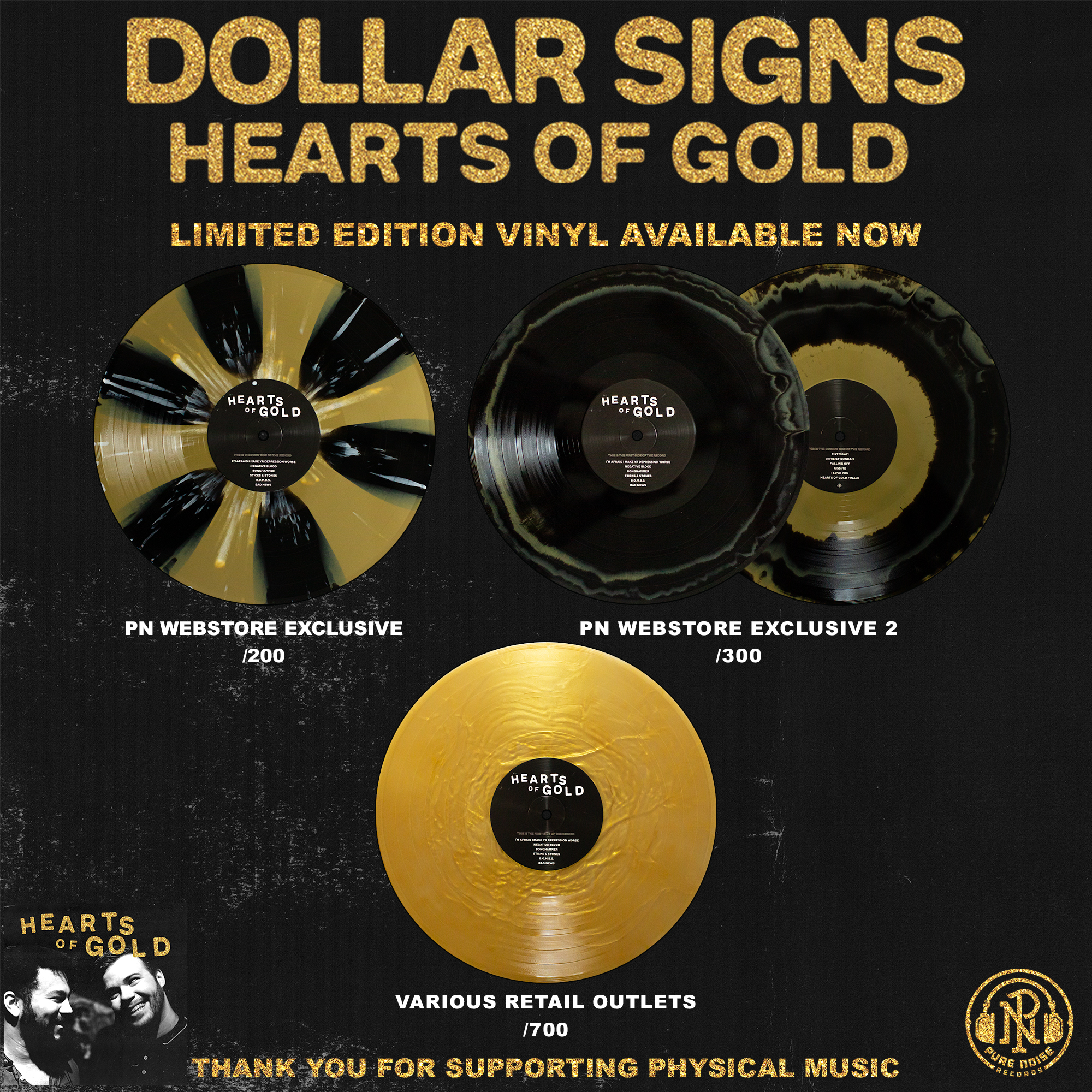 Dollar Signs have officially released their new album ‘Hearts of Gold’ today through Pure Noise Records. The album is available to purchase and stream through all platforms. Fans can also check out the new combo music video for “FISTFIGHT!/NIHILIST GUNDAM”, which is debuting exclusively with The Noise here: https://bit.ly/3bGD58V

If you were lucky, or a big fan of the game ‘Fallout 4’, fans may have noticed the album was streaming in its entirety. The band leaked their album within the game’s modding community. Anyone with a copy of the game could log into the modding panel, and add the album to the in-game inventory to listen to while navigating the wasteland.

With songs that fall under pop, punk and even hip hop at times, the band is genre-less and will allow the listener to choose where to put them. The band released the singles for “Negative Blood”, “Bad News” and “B.O.M.B.S.” prior to the album release.