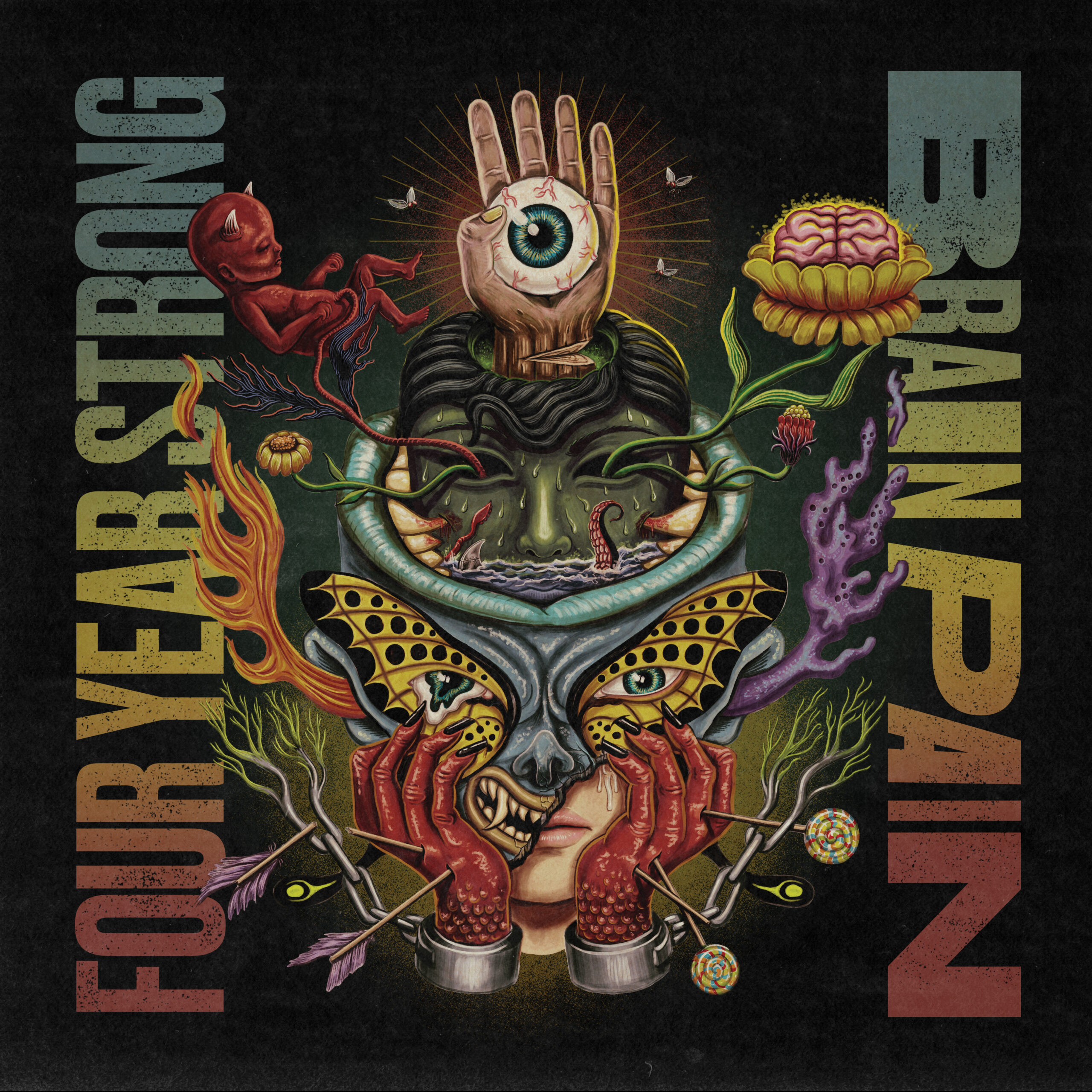 “Brain Pain is an important record for us so we thought it deserved something more.” states Dan O’Connor
“We threw on some other songs that were recorded during the BP sessions and also put together acoustic versions of some of our favourite songs. We wanted to make the BP deluxe into something people who love Brain Pain would be stoked on.”

“I love this song.” says O’Connor. “Pipe dream has a lot of elements that we don’t usually do it FYS songs. I love how aggressive it’s while staying simple and to the point. When we were writing this song, we wanted something that was fast, aggressive but all lead to this very euphoric feeling bridge. Playing this song live will be a ton of fun and I can’t wait to hear the words screamed back at us.”

The album will be released via Pure Noise Records and available here: http://smarturl.it/FourYearStrongMA

The band, which is made up of vocalist/guitarists Dan O’Connor and Alan Day, bassist Joe Weiss and drummer Jake Massucco — began conceptualizing the ideas for Brain Pain over two years ago and since then have focused on bringing those thoughts to fruition. “We didn’t want to set a strict deadline for this album because we wanted to be sure we took the time to write the best songs possible. In the past our writing and recording was so dependent on getting something out in time to go on tour; this time we really had the opportunity to take our time and work through these ideas.”

In order to capture that sound the group enlisted producer Will Putney, who was an engineer on 2010’s Enemy Of The World and already had a relationship with the band. “We were really emotionally invested in this music so we wanted to go with someone who we knew would care about it as much as we did and Will was that guy,” Day says.