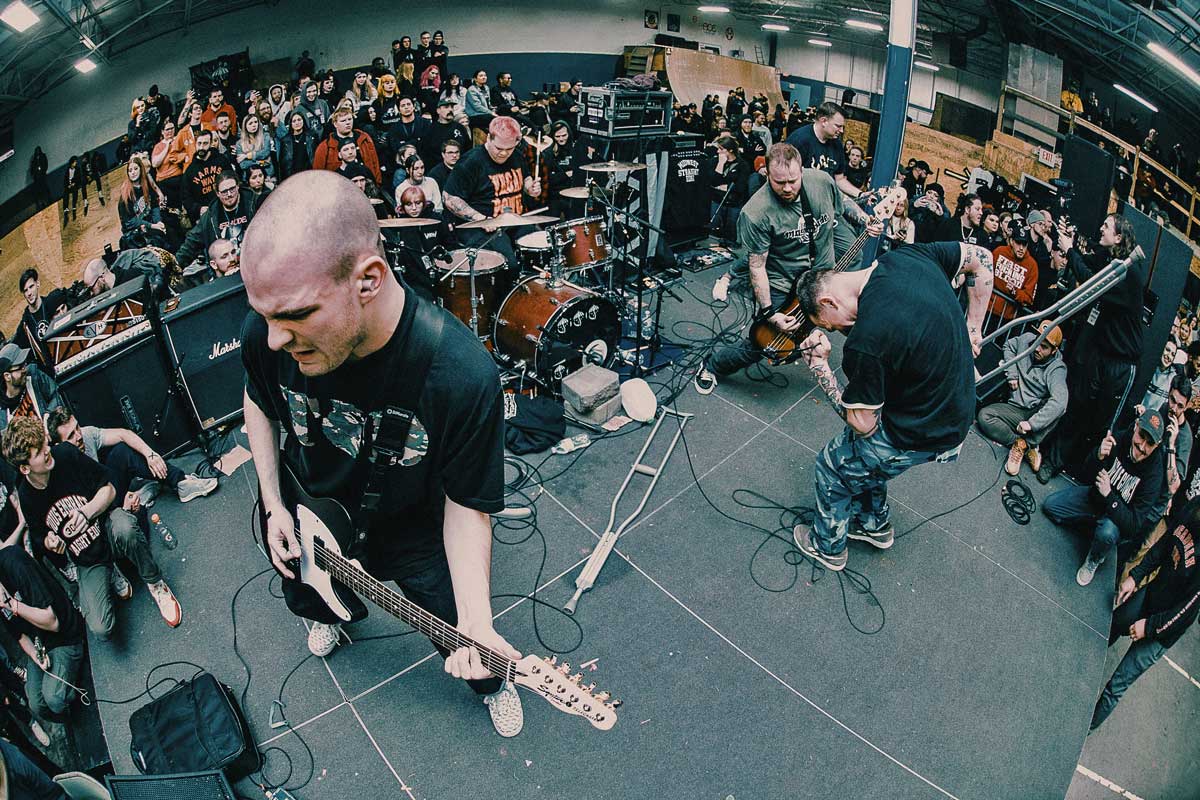 Metallic straight edge band Inclination has joined Pure Noise Records and has released their new EP, When Fear Turns To Confidence, today. The record is available for stream everywhere now and vinyl can be pre-ordered at www.inclinationhc.com. The band will perform at Sound & Fury in Los Angeles on July 13th.

“When Fear Turns To Confidence is about a feeling I think a lot of straight edge kids have when they claim edge they have a certain level of fear about drugs and being around them and the shift you feel as time passes that straight edge is something you are confidently doing free from pressure or fear.” – Tyler Short (vocals)

“Inclination is a straight edge hardcore band and we will always be a straight edge hardcore band. We take influence from where we come from. But also from various bands around from the 90’s to the early/mid 2000’s. We aren’t exactly replicating anything. There’s more to Inclination than trying to recreate a sound or image from a certain time period. The culmination of all the things we take influence from combined with where we are from is what makes us who we are. Musically this record is in the same vein as the previous one, but there’s certain ways it contrasts. I think certain songs have a much more uplifting vibe then the last one. And that coincides with the lyrical content as well. But then there’s others that travel war farther down a darker road too. Making the record rise and fall in a really cool way. This record feels like the next step in a bigger picture. We’re very proud of what we’ve made and even more excited for what could come next. Thank you to anyone who listens. XXX.” – Isaac Hale (guitar)