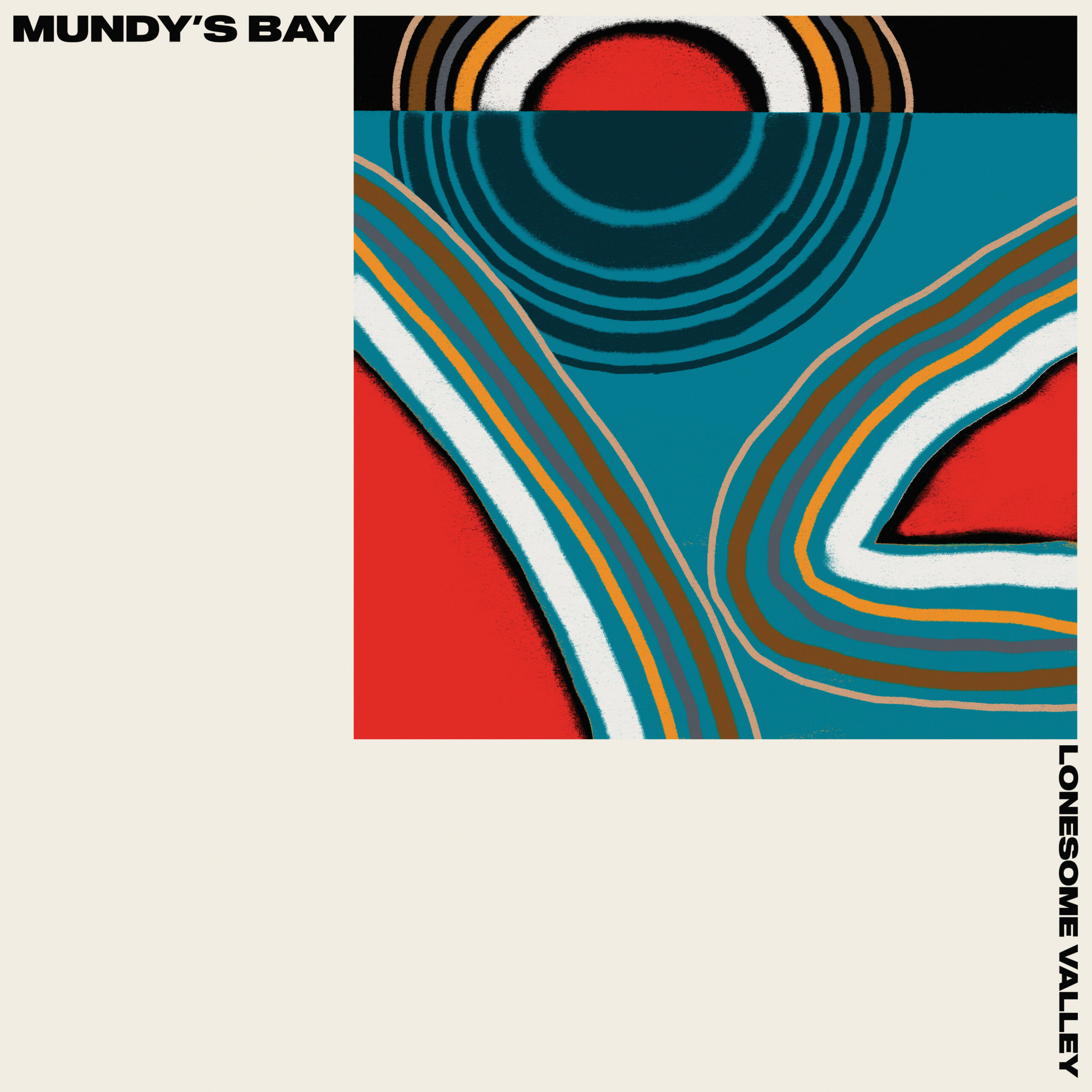 The members of Mundy’s Bay (Mulders, guitarists John Donnelly and Victor Beaudoin, bassist Will Love) met in Montreal’s punk and hardcore scene, but set out to form a band with no stylistic confines. That highly collaborative and open approach to writing, along with a shared love of ‘80s and ‘90s musical touchstones, forms the band’s core sound. Mulder’s warm vocals guide the listener through dream-like explorations of love, loss, and longing, whether she’s singing overtop of chiming guitar passages or waves of reverb-drenched distortion and winding bass lines. It’s an impressive debut sure to please fans of moody post-punk and shimmering guitar pop alike.

Mundy’s Bay will be touring in support of Lonesome Valley, starting with a North American run with Hunny and Bay Faction in March.

Mundy’s Bay aren’t interested in boundaries. On their debut full-length, Lonesome Valley, the Montreal-based five-piece expertly walk a tightrope of genres, and draw on their highly collaborative writing process and inherent chemistry to create a sweeping sound that can be many things—expansive, cohesive, intimate, universal—but is always compelling.

The members of Mundy’s Bay (vocalist/keyboardist Esther Mulders, guitarists John Donnelly and Victor Beaudoin, bassist Will Love) met in Montreal’s punk and hardcore scene, but set out to form a band with no stylistic confines. “We wanted to let it develop naturally and tried a lot of different styles when we first started playing together,” Beaudoin explains. “Working as a unit is what really shapes the sound. One person brings an idea but since we write together, it becomes its own thing.” That open-minded and cooperative approach, along with a shared love of ‘80s and ‘90s musical touchstones, forms the core sound of Mundy’s Bay. Love adds, “It’s really exciting to work that way because we all hear things in different ways and everyone adds their own personalities and touches to it.” The members see their differences as a valuable asset made possible by their creative bond—an attitude reflected in the culture of their city. “We’re a good representation of Montreal,” Beaudoin says. “We’re half Franco and half English. If you come here, that’s what you’re going to get. And if you chat enough, you’ll find out that we’re all the same.”

That collective spirit is tangible on Lonesome Valley. Following two EPs, 2017’s Wandering & Blue and 2019’s Control Room, the band teamed up with legendary producer/engineer Kurt Ballou (Joyce Manor, Converge, Code Orange) to bring their first full-length to life. The album finds Mundy’s Bay combining post-punk drive and shoegaze grandeur with unabashed hooks and Mulder’s warm vocal harmonies, creating a sound that expertly utilizes their influences while forging a distinct identity. Opener “Goodbye” introduces this kinetic blend as Beaudoin and Donnelly’s shimmering guitars weave around the steadfast rhythm section. The song bursts into an anthemic chorus with Mulder’s lyrics establishing the album’s recurring motifs of love, loss, and longing. “I like to be universal with lyrics and leave room for the messages to be interpreted by the listener,” she explains. “I’m inspired by what the guys write, they spark ideas for me and vice versa.” Beaudoin adds, “Esther’s synths and melodies are instrumental to the way we write songs. She guides us.”

Tracks like “Seasons Pass” and “Sleep Away The Summer” display the contrast between bright instrumentals and Mulder’s yearning words that marks much of Lonesome Valley—the former a bouncing cut of effervescent indie pop; the latter highlighted by chiming piano accents and an uplifting final refrain that could have topped the ‘80s charts. Elsewhere, moodier textures take centerstage, like the fuzz pedal stomping intro of “Wash Over Me” or the explosive bridge of “Window In The Shade.” Beaudoin explains, “Writing ‘Window In The Shade’ was the first time that we collectively finished a song and it really felt like a band. We’ve been playing it live for a long time and it keeps morphing and changing into something new along with us as a band.” The energetic “Dreams” offers hints of the group’s roots in punk, but filtered through lush guitars and Mulder’s knack for melody. “I get a lot of inspiration from dreams,” she says. “Sometimes I’m trying to capture feelings rather than specifics. A lot of the writing process is about not knowing what you’re looking for but knowing when you’ve found it.”

It’s a sentiment that inadvertently embodies Mundy’s Bay—a willingness to be open and vulnerable, to challenge and explore. It’s only made possible by the trust the members have in each other and it’s what allows Lonesome Valley’s bold sound to stand apart. As Love puts it, “We don’t really see ourselves in a specific scene. We don’t really fit in but that’s what makes us feel free.”