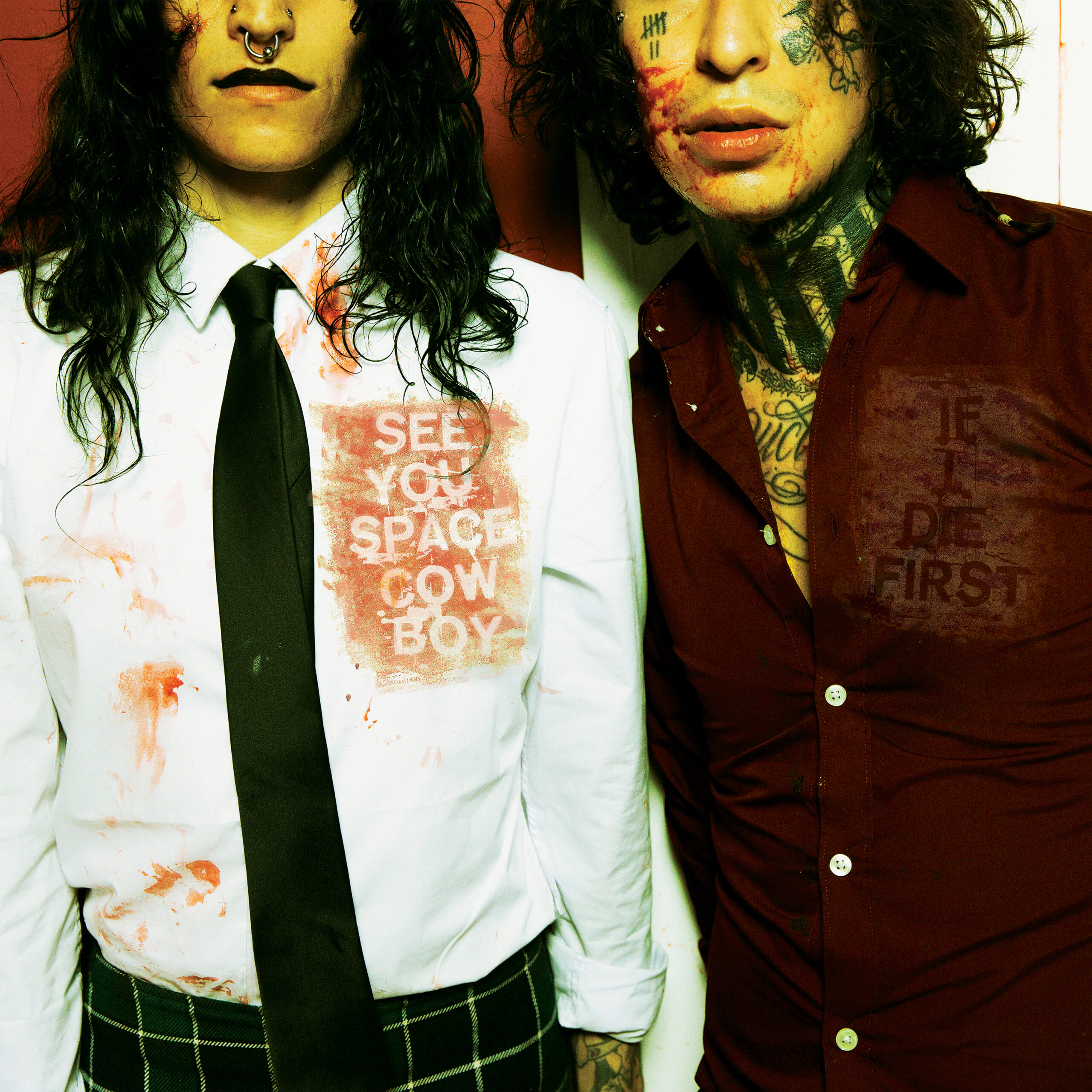 SeeYouSpaceCowboy & If I Die First Announce New Split A Sure Disaster

Self-proclaimed “sasscore” band SeeYouSpaceCowboy and post-hardcore act If I Die First are thrilled to announce their forthcoming split, A Sure Disaster. The bands have also released joint single “bloodstainedeyes” – available now here. The five song EP featuring will be released on May 14th, 2021 via Pure Noise Records. For more information or to pre-order the split, please visit: https://smarturl.it/sysc.

“We are happy to finally let this project surface, two bands, one group of friends,” shares SeeYouSpaceCowboy vocalist Connie Sgarbossa. “It was a lot of fun working with IIDF on this and putting this together, we both take influence from the same era of metalcore/post hardcore but with us each having our own personal spin on it. so I hope it serves as an engaging listen.”

She continues: “When we first came up with the idea of doing this split I really wanted to do a collaborative song. It was something I couldn’t really cite many bands doing, if any, that came to my mind in this sub-genre. I wanted to take it farther than just featuring on each other’s tracks – a song that combined and took crucial elements of each band and made it something that represented both of us and was cohesive. So we are all got together and fucked my apartment up but wrote this song and recorded it and shot a music video and somehow made it work.”

If I Die First’s Zubin and Nedarb shared similar thoughts. Zubin states: “This became so much more than just a split for me. During such dark and uncertain times it was hard to find a light to stay inspired, and this project sparked that. Getting together, feeding off each other’s energies, laughing, the whole process kept me sane. We wrote songs that I am extremely proud of and we also gained life long friends.”

Adds Nedarb: “This split means a lot to me. It’s two bands that share the same passion and everyone’s energy vibes off each other perfectly. I hope everyone enjoys the project as much as we do.”

Combining the MySpace-era grind sound they loved as teenagers with more modern takes on the heavy music genre, the California-based SeeYouSpaceCowboy formed in October 2016 as a self-described “indulgence project” — but have since risen to become one of the most exciting bands in the underground scene’s new wave.

They’ve done so not only through a devastatingly heavy and dextrous hardcore sound, but also razor-sharp lyricism at the hands of frontwoman Connie Sgarbossa. The satirical, tongue-in-cheek and highly political writing of the band’s early material earned them the genre tag sasscore, but Sgarbossa bares her soul more explicitly than ever on SeeYouSpaceCowboy’s latest album, The Correlation Between Entrance And Exit Wounds.

The Correlation Between Entrance And Exit Wounds is ultimately the most honest, introspective SeeYouSpaceCowboy music yet: a heartbreaking look at coping with tragedy, as well as the resolve and strength needed to push past sorrow. It gives SeeYouSpaceCowboy an added layer of humanity in an otherwise outwardly hostile genre and marks immense leaps in both musical and personal growth.