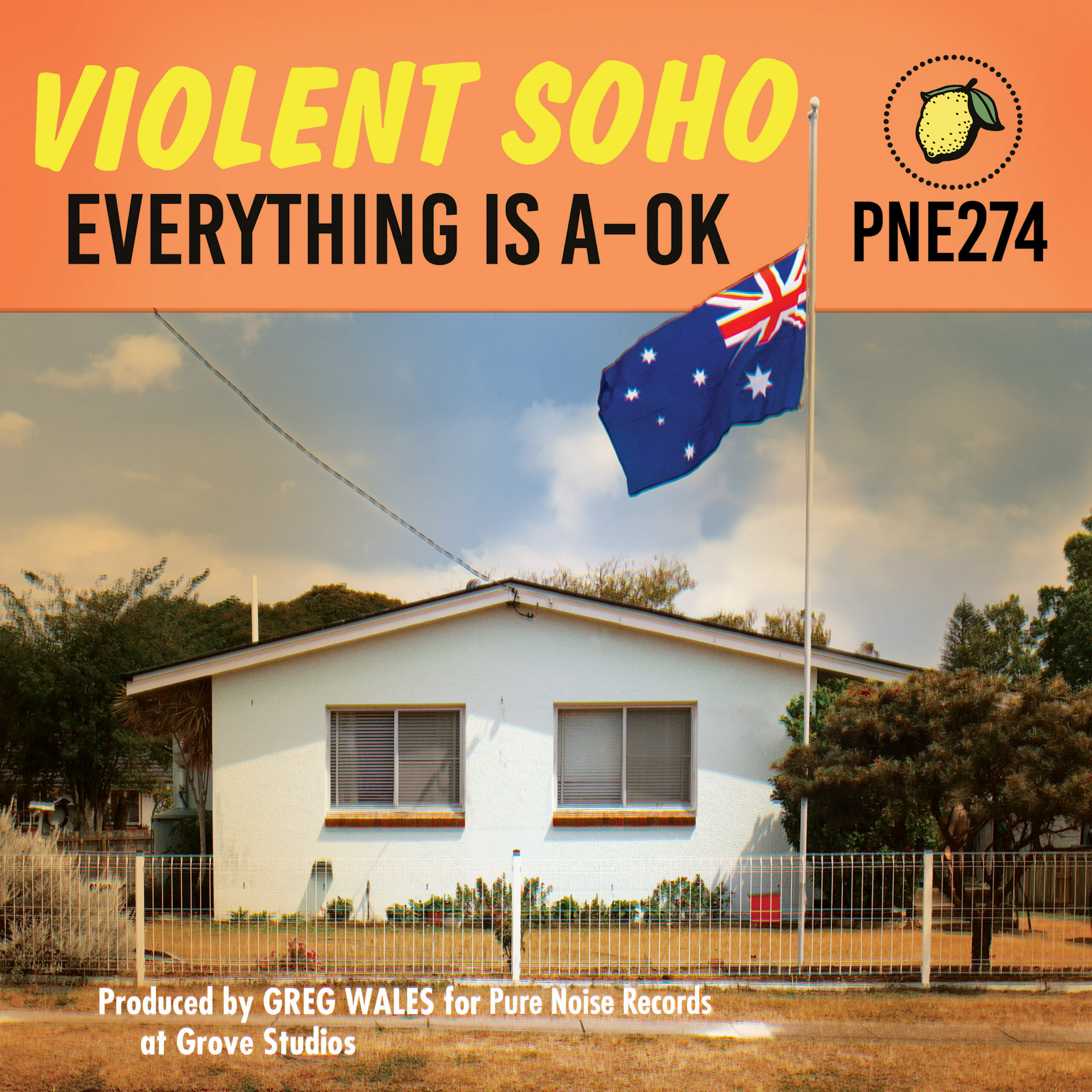 Australian rock band, Violent Soho, have announced that they’ve signed to Pure Noise Records. To celebrate the recent partnership, they’ve released a new single and video, entitled “Lying On The Floor.” Fans can listen to the track via Spotify and Apple Music now, as well as watch the video here. This follows the releases of singles “A-OK” and “Vacation Forever.”

Additionally, the band has announced the release of their fifth studio album, Everything Is A-Ok due out April 3, 2020 via their new label. The album that roars and yowls, full of lessons learned, and emotions scalded, is available for pre-order here [link]. The forthcoming record is the home of all three singles released over the past few months.

Additionally, Violent Soho will be playing four shows in late-April in support of the Everything Is A-Ok. The tour will be hitting Amsterdam, London, New York, and Los Angeles. For a full list of tour dates, please see below.

After years of being the kids who didn’t fit in anywhere with their first two records (2008’s We Don’t Belong Here; 2010’s self-titled), Violent Soho crashed back into the public’s consciousness with 2013’s Hungry Ghost in a hail of riffs and “HELL F*CK YEAH”s scrawled on arms, desks, and bathroom walls the world over. 2016’s WACO, meanwhile — despite a No.1 chart debut, ARIA awards, festival headlining spots and sold-out tours to the biggest crowds of their careers — came amid personal upheaval for drummer Michael Richards, bassist Luke Henery and guitarist James Tidswell.

But with Everything Is A-Ok, Mansfield’s favorite sons drew a metaphorical line in the sand: five albums into their career they didn’t want to follow a rulebook written by other people. That’s what Everything Is A-Ok is: a declaration that THIS is who Violent Soho are as a band. As musicians. As mates.

“It’s honest,” explains guitarist/vocalist Luke Boerdam. “It’s doesn’t claim to be anything it’s not: it’s apolitical, slacker, cynical, and trying to connect with people over a shared experience in pointing out society’s failures and the personal shit that follows.”

Everything Is A-Ok seethes with harsh reflection on the way the world has become obsessed with creating social media simulacra where everyone is repping their own ‘brand,’ and how connection is fleeting and shallow. It ponders the ideas of agency, emotion and how they’re being sold to advertise who we want people to think we are, not who we actually are. Producer Greg Wales (You Am I, Sandpit, triple J’s Like A Version) captured the essence of such at New South Wales studio, The Grove Studios.

Everything Is A-Ok is out April 3, 2020 via Pure Noise Records. For more information, please visit: http://www.violentsoho.com/.