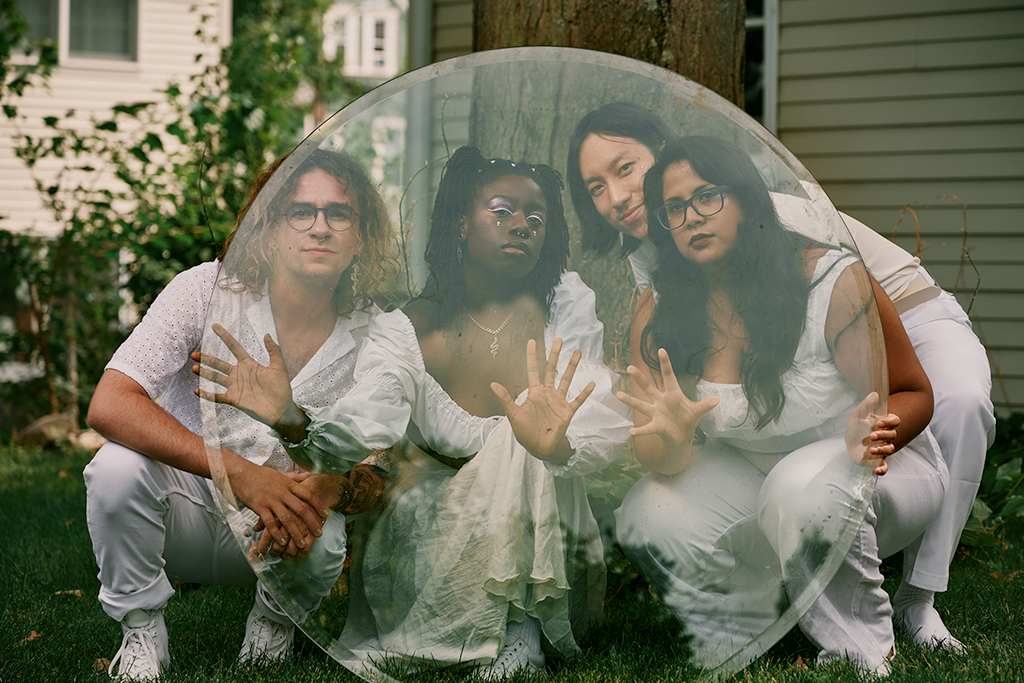 “Body Language” is a song about introspection, trust, and letting go as the band’s lead singer, Ronnica explains.

“When I think of our song “Body Language,” I think of driving down a dark road, only illuminated by the headlights of your own car, and then, just as you’re getting a bit afraid of the surrounding darkness because you’re freaking yourself out, there’s a giant sunburst of light that occurs and transports you somewhere else.

I think we’ve all experienced what it’s like to be in a disagreement with someone or in a situation where you don’t want to compromise. You resort to this child-like mindset of “I’m right, you’re wrong so why does anything else matter?” And you’re stuck in this state until you eventually shake it off and realize that life and love is so much bigger than whatever it is you were mad about.

This song is an ode to the person in your life that seems to always remain level-headed in times of crisis. They’re able to handle stress in a healthy way and remain cool and collected. Not only that, but they’re also able to be empathetic and understanding of all the different sides that may be present. You look to them and wonder how they do it. You wish you could be more like them.”

“The song ‘Body Language’ is melancholy with a touch of sweetness and whimsy. Truly bittersweet.” – Carla Troconis, Video Director

Founded by frontwoman Ronnica and drummer Daniel Huang, Mint Green makes music that feels like the first signs of spring—teeming with life, but still vulnerable and fresh.

Summery indie rock vibes permeate the pop-punk framework in which Mint Green operates. By packaging themes of late adolescence in a genre targeted towards young teenagers, Mint Green are more effective than most at capturing the tensions and frustrations inherent in early adulthood. Along with a diverse lineup, Mint Green speaks to the members of the rock community that are POC, queer, women, and non-men.