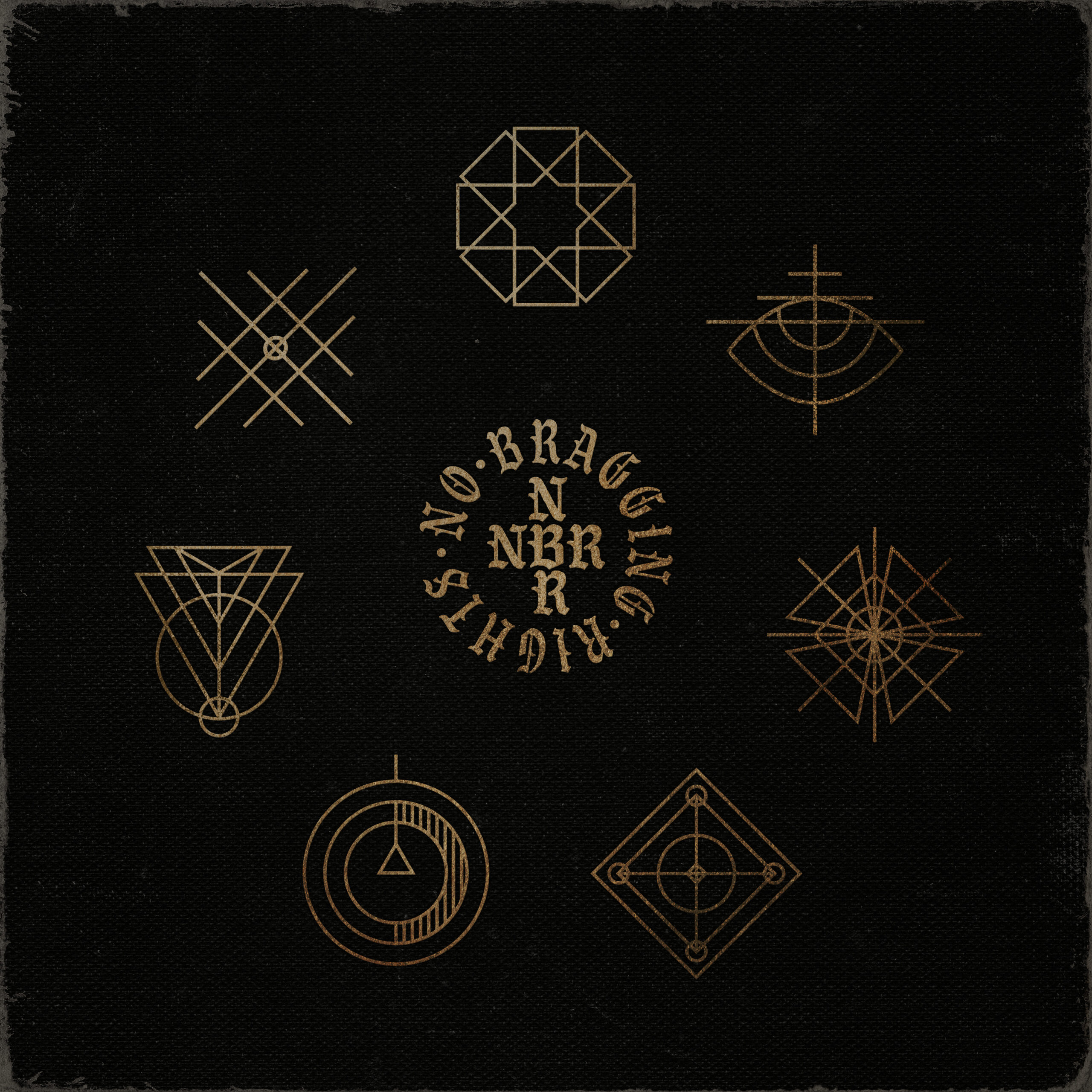 Today, California based hardcore outfit No Bragging Rights announce their self-titled EP with the release of their adrenaline fulled new track ‘Breaking Point’. After an extended hiatus the band has returned with the first new music released since 2014’s acclaimed album ’The Concrete Wall’.

The new self-titled EP will be released on 3rd December 2021 through Pure Noise Records. Fans can find more information as well as pre-order limited bundles HERE

No Bragging Rights’ latest offering shines a light on Intimate Partner Violence, toxic relationships and finding the power within to rise above, and overcome. Speaking on the single’s themes, vocalist Mike Perez comments:

“Intimate Partner Violence is what is portrayed in the lyrics but the song could have just as easily been a job, a career, a family crisis, or an existential crisis. We have people, things, or situations in our lives that make us feel powerless or dependent. The fear of failure or embarrassment can keep us feeling trapped and helpless.” Perez reflects adding “Even when we are knocked to our knees, we do not have to stay there. We can leave an abusive relationship. We can find fulfilling work. We can work to improve whatever difficult situation we find ourselves in.”

Are you experiencing Domestic abuse? You are not alone.

Now comprised of vocalist Mike Perez, who started the band in 1999, Martin Alcedo (drums/vocals), Daniel Garrow (guitar/vocals) and Anthony ‘Tron’ Laur (guitar), the four-piece produced these seven songs themselves. Recorded between Laur’s home studio and Decade Sound Studio, both in Tacoma, WA, it’s an invigorating blast of melodic hardcore that pays homage to their past while also bringing them into the present.

“Daniel and I would write these songs,” says Laur, who also engineered the record, “and give Mike and Martin blanket ideas – like ‘This one is kind of triumphant but has no resolve to it, so I don’t know what that means to you but you should aim your writing towards that’ to help curate the attitude and personality of each song.”

“When we were first brainstorming ideas,” says Alcedo, “we all agreed we wanted it to sound nostalgic, so people know they’re still listening to No Bragging Rights, but we also wanted to elevate it to the best of our ability. It’s got some of our heaviest stuff, some of our most emotional stuff and some of the most technically challenging stuff, but it’s still classic No Bragging Rights.”

Indeed, one of the most recognisable No Bragging Rights traits is in full force here – that trademark attitude of resilience and defiance that has defined the band from the very beginning. That manifests itself both in the way these surging, energising melodies combine crunching riffs and soaring guitars, the clean and unclean vocals battling each other across a blistering sonic soundscape, but also with the lyrics, which dive deeper than ever before into the world of mental health. Partly, that’s the band emphatically doubling down on their identity for this re-introduction to the world, but it’s also representative of changes that have occurred since the last album came out. In Perez’s case, he was in his final year of an undergraduate degree to become a social worker when making this record, which shaped his lyrics.

“I’m still writing for myself so I can connect,” he says, “but I do have others in mind as well. I feel like I try to ask questions – not just for myself but questions that other people may have. If I have answers, I try to put them in, but I’m more about asking questions.”

“I know I’m in the band, but I’ve listened to our records to help myself,” says Alcedo. “And if they can do that for me, then hopefully this record will be able to help whoever wants to listen to it.”

From the moment the pummelling assault of “Strength’s Perspective” kicks off, it’s clear these songs are a crutch for anyone who listens. Whether they’re addressing struggles with addiction (“Walking Blind”), abusive relationships (“Breaking Point”) totally gut-wrenching (“Stages”) or just the past (“Regret”), these songs are so viscerally powerful that you feel them as much as you hear them.

Don’t call it a comeback, but – despite having lives and jobs and families – No Bragging Rights are back, and they plan to stay that way.

‘No Bragging Rights’ is set for release 3rd December 2021 via Pure Noise Records.