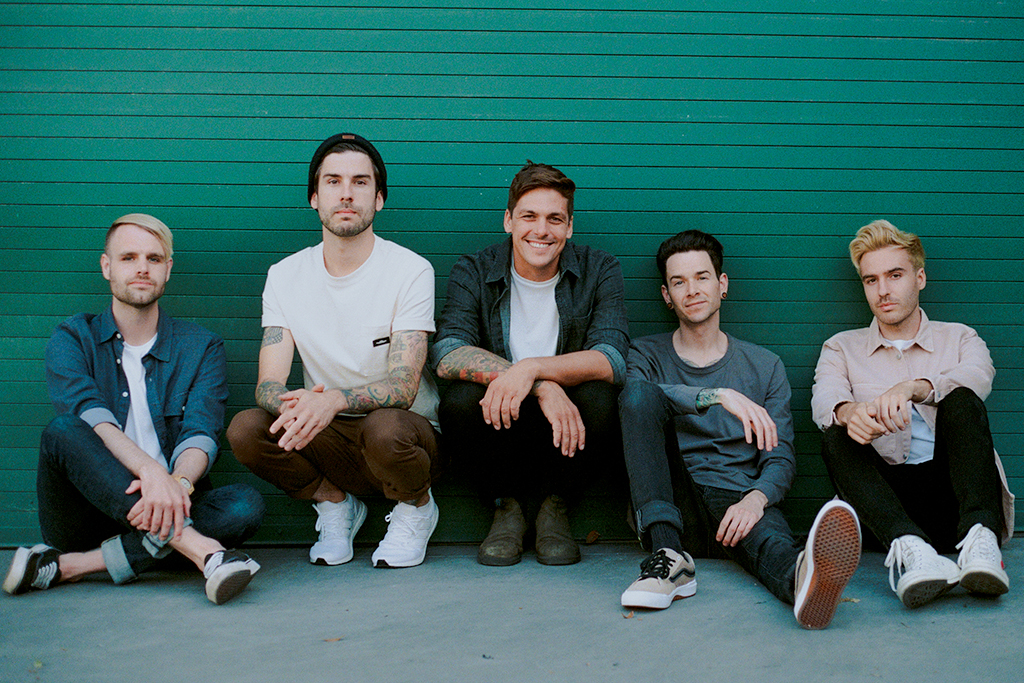 Illinois-based quintet Real Friends are turning the page on a new chapter with new singles “Nervous Wreck” and “Storyteller.” Released today along with the announcement of their signing to Pure Noise Records, these two new singles also welcome a new face to the band with new singer Cody Muraro.

“Nervous Wreck was inspired by the isolation I’ve experienced over the last year,” shares Bassist Kyle Fasel. “Before COVID hit, I was making strides to get out of my introverted ways. All of those strides were quickly erased when the world flipped upside down. I’ve often been so introverted that some people take it the wrong way, like I’m mean or something. When in reality, I’ve just developed some social anxiety as I get older. The lyrics of the song point to me being out of my own skin when around other people, and even feeling out of place when I’m by myself. There’s not really a resolution to the song. It’s very much about being in the midst of all those complicated feelings. Having a new singer in the mix can be a hard challenge to overcome, but Nervous Wreck still fully embodies the spirit of Real Friends. It fits Cody’s voice perfectly. I remember recording it and thinking this is exactly what Real Friends is. This track is very special to me.”

Fans can stream “Storyteller” and watch the music video for “Nervous Wreck” today at https://smarturl.it/RealFriendsBand.

For as much as the world has changed since Real Friends first emerged in 2010, the band’s mission hasn’t. They continue to bleed without apology and write songs that make it okay to feel everything: the ups, the downs, and anything else in between. Rather than shy away from emotion, the group run right towards it with distortion cranked and hearts opened, tightening their careful distillation of pop and punk on each subsequent release.

Over the years, Real Friends have forged and strengthened a deep connection with fans. The group’s 2014 full-length debut, Maybe This Place Is the Same and We’re Just Changing, marked a turning point. Rock Sound named it one of the “Top 50 Albums of the Year.” 2016’s The Home Inside My Head maintained this momentum with further acclaim and sold out shows. In 2018, Composure incited applause from Music Connection, Alternative Press, Substream Magazine, New Noise, and Billboard who described it as “raw.” To date, they’ve also amassed over 100 million streams and counting.