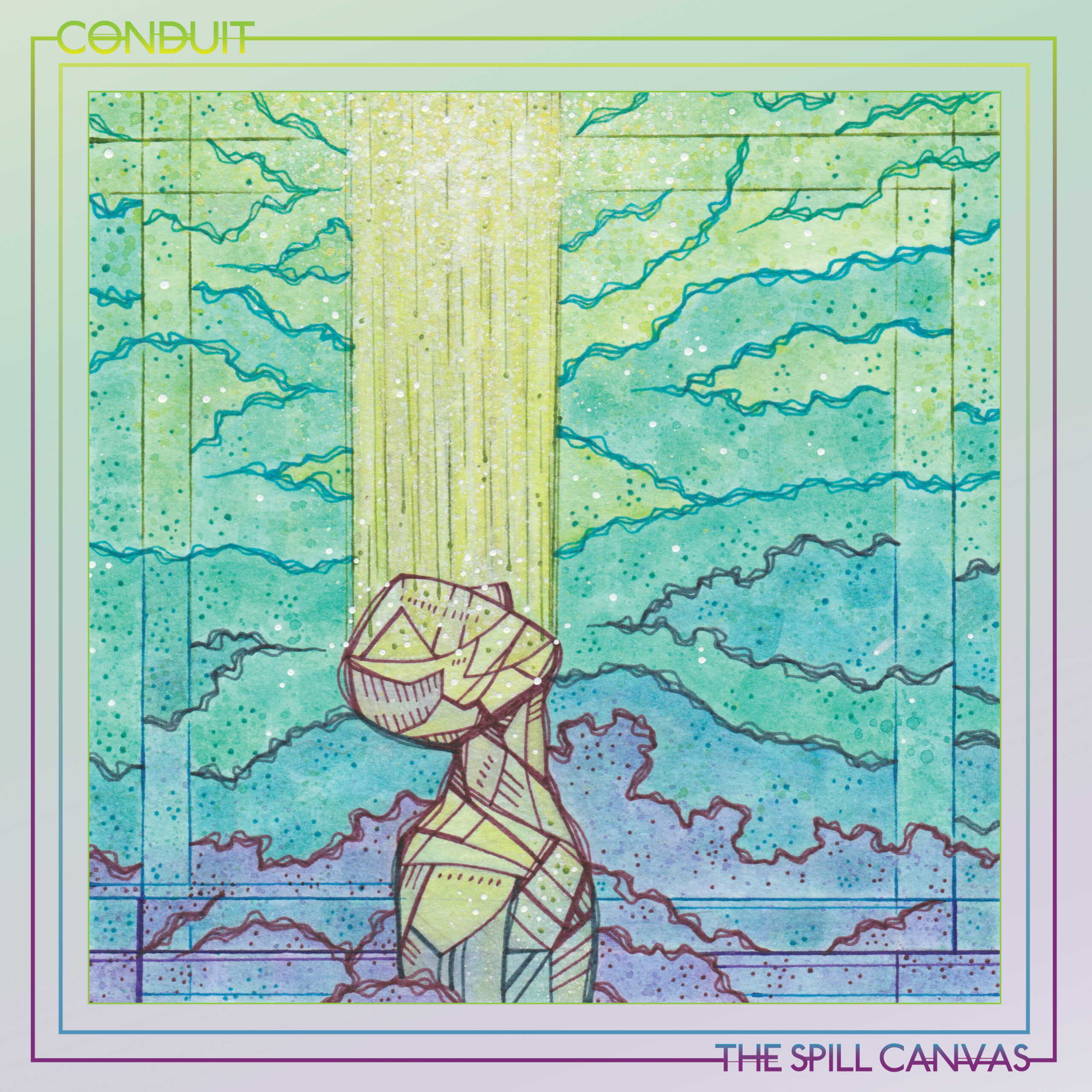 It’s been almost nine years since The Spill Canvas have released a full-length album, but today, the South Dakota rockers have announced their signing to Pure Noise Records, along with the reveal that they will be releasing a new album, Conduit, on March 5, 2021. To get fans excited, The Spill Canvas have released a new song and video from the album, Firestorm. Fans can pre-order the highly anticipated 10-track album now here: https://smarturl.it/SpillCanvas_Stores.

On the band’s signing, lead vocalist, Nick Thomas shares, “We’re so incredibly excited to join the Pure Noise family! It’s a true honor to be a part of such an amazing roster of talent on a label that puts their artists first.”

“It’s been 9 years since our last full length album was released. That said-we’re beyond ready to present our 6th LP, Conduit, to the world. Created in the rural woods of Pennsylvania over the span of a couple years, we feel it’s our most comprehensive work to date,” he continues to share on the album. Specifically, Conduit was recorded at Soundmine Studios in PA’s Pocono Mountains. Self-produced by the band with help from their manager John Rupp, it was mixed by Soundmine Studio owner Dan Malsch and then mastered by GRAMMY Award-winning mastering engineer Emily Lazar, (Beck, Foo Fighters, Coldplay, Haim, The Killers).

“We knew pretty early on in creating the new album that “Firestorm” would be the perfect first single to reintroduce the band and begin our new chapter. Aside from overall vibe, the juxtaposition between the gospel singers and the lyrical context on desire make this tune among one of our favorites.”

In recent years, nostalgia shows have really taken off. Bands who haven’t made music for a while get back together and play some shows in celebration of whatever album of theirs is having an anniversary. The Spill Canvas is one of those many bands. For lead vocalist Nick Thomas, however, that wasn’t enough. The band had done 10 year anniversary tours for both 2005’s third album, One Fell Swoop, and 2007’s follow-up No Really, I’m Fine (which was released on Warner and reached the number 2 spot on Billboard’s Top Heatseekers chart), but they didn’t scratch the itch Thomas felt to actually make music – the band’s last full-length was 2012’s Gestalt, while Thomas’ 2014 solo album Shadowars was essentially just repurposed Spill Canvas songs. But now the band has returned with Conduit, its first full-length in almost a decade.
“It feels amazing,” says Thomas. “We’d seen all these bands doing resurgence nostalgia tours for 10, 15, even 20 year album anniversaries, but I wanted to know if any of them were still putting out new music, because writing has always been what I love most. I’ve been waiting for this new album for nine years.”

To be fair, the band dabbled with new music a few years before, releasing a three-song EP called Hivemind in 2018. But listening to these 10 songs it’s clear that Conduit is more than a new Spill Canvas album. Rather, it’s the start of a second phase for the band. Now completed by longtime bassist Landon Heil, drummer Bryce Job and lead guitarist Evan Pharmakis from Vanna/Wind In Sails, together they reached deep into Thomas’ heart and soul to create something that bristles with the earnest, emotional urgency that was always at the band’s core, but which also reflects who Thomas is now and everything that made him into that person. That includes his struggles with addiction, getting married, being diagnosed with schizoaffective disorder and the death of his mother. All those things flow through these songs, but rather than let them get the better of him, Thomas instead confronts them – and the many chaotic, conflicting feelings they induce in him – head on.

The result is a collection of rich, full songs that, while still recognizable as The Spill Canvas, certainly highlight Thomas’ intention for this to be the start of something new. At its heart, though, the purpose of the band remains the same as it always was – to write songs that move people and to be able to connect with them.
“I hope our old fans enjoy it, while gaining an appreciation for our new direction,” says Thomas, “but I also aim to gain new fans. During the height of our previous success, the music industry was wildly different from today, and Conduit is a way of proving to myself that we still have something viable that people can, and want to, connect with. I don’t seek to be some massive arena act, although that’d be rad, my hope is more so getting as many new ears to listen and resonate with it so that they’re like ‘I am now a fan of this band for life.’ That’s the dream.”