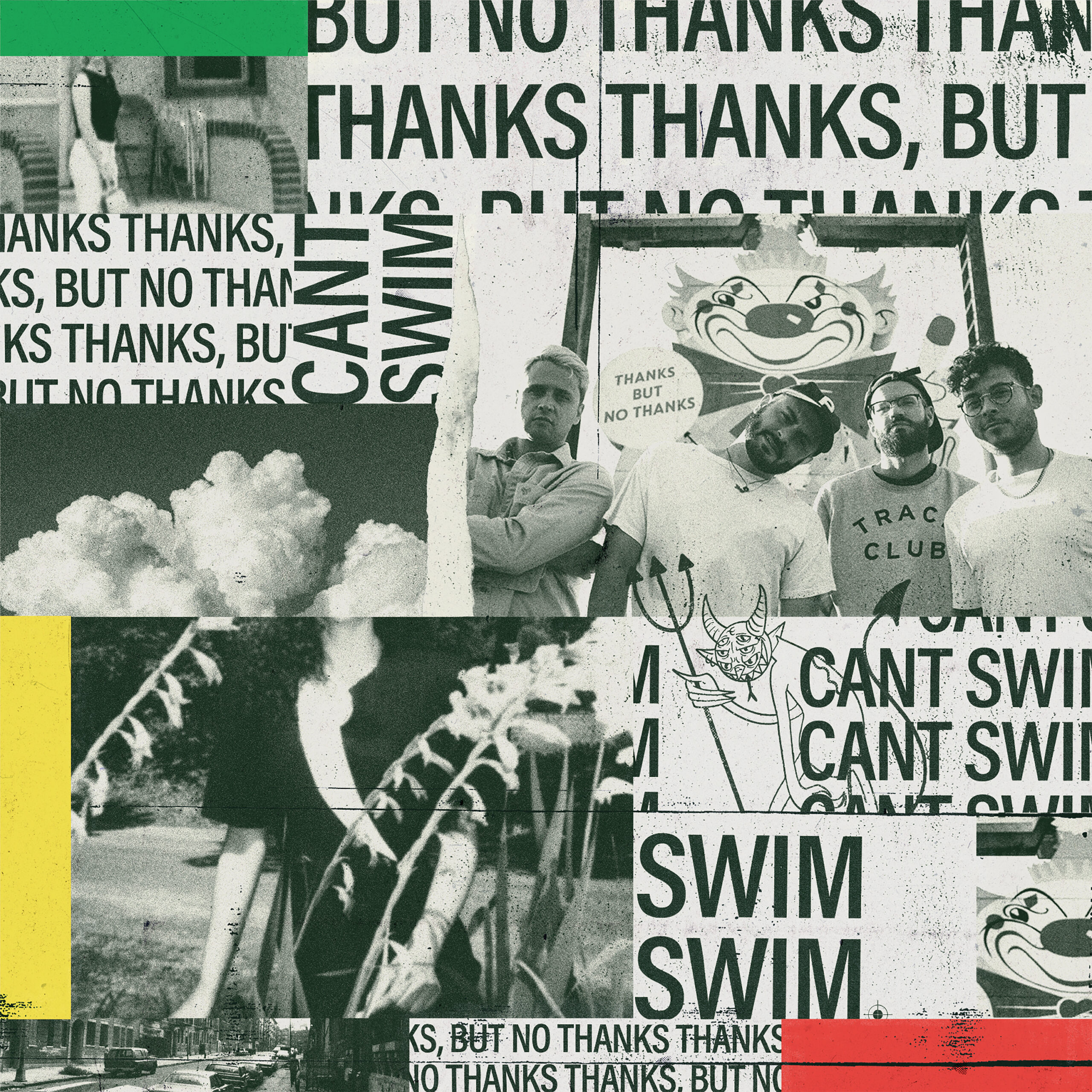 CAN’T SWIM ANNOUNCES BRAND NEW ALBUM THANKS BUT NO THANKS

New Jersey rock band, Can’t Swim, announce their fourth full length studio album, Thanks But No Thanks, arriving March 3rd via Pure Noise Records. Thanks But No Thanks highlights the evolution of Can’t Swim as a band. What once were presented as insurmountable obstacles on previous albums are now framed as hard-but-necessary lessons that need confronting to move forward and grow, calling upon new levels of resolve and strength to dull down life’s demons. Through it all, the band have been able to truly block out the noise and let their conscience resonate loudest of all.

Pre-order Thanks But No Thanks now HERE.

Speaking on the making of the album, lead singer Chris LoPorto says, “This was honestly the most fun we’ve ever had making an album. We’ve reached a point as a band where we’re able to stop overthinking and instead just do what feels right. I think it’s brought a lot of joy back into our music.”

To celebrate, the band shares a brand new single, “me vs me vs all of y’all,” out now. The upbeat, pop rock anthem is a reflection on the past 7 years of the band and the life lessons learned along the way.

The band also shares the accompanying music video for the track. Directed by Danny Rico & Mike Brown, the clip is a nod to the day one fans and new fans that have supported the band throughout the years.

“‘me vs me vs all of y’all’ is one of the more personal songs I’ve ever written. Though the music is upbeat and poppy sounding, the lyrics talk about questioning my life and the decisions I’ve made,” says LoPorto. “Looking back on the last 7 years of being in Can’t Swim and asking myself if there was a better way. Listing a few of my favorite artists and comparing myself to their success. Missing my little cousins grow up, my friends getting married and being broke as fuck haha. Also exposing that it isn’t so glamorous constantly being on stage and seeing every mistake you make through the camera lens of strangers.”

Coming up, Can’t Swim is gearing up to head out on tour supporting Free Throw. Beginning March 3rd in Buffalo, NY at The Rec Room, the band will visit over 25 cities across the country including stops in Pittsburgh, Chicago, Anaheim, San Diego, Houston and more before wrapping up on April 9th in Worcester, MA at the Palladium.

Thanks But No Thanks Tracklisting
1. Nowhere, Ohio
2. “can you help me?”
3. me vs me vs all y’all
4. met u the day the world ended
5. yer paradox i’m paradigm
6. i heard they found you face down inside your living room
7. ELIMINATE
8. i’ve never paid a toll on the garden state parkway
9. even my anger has issues
10. thx but no thx