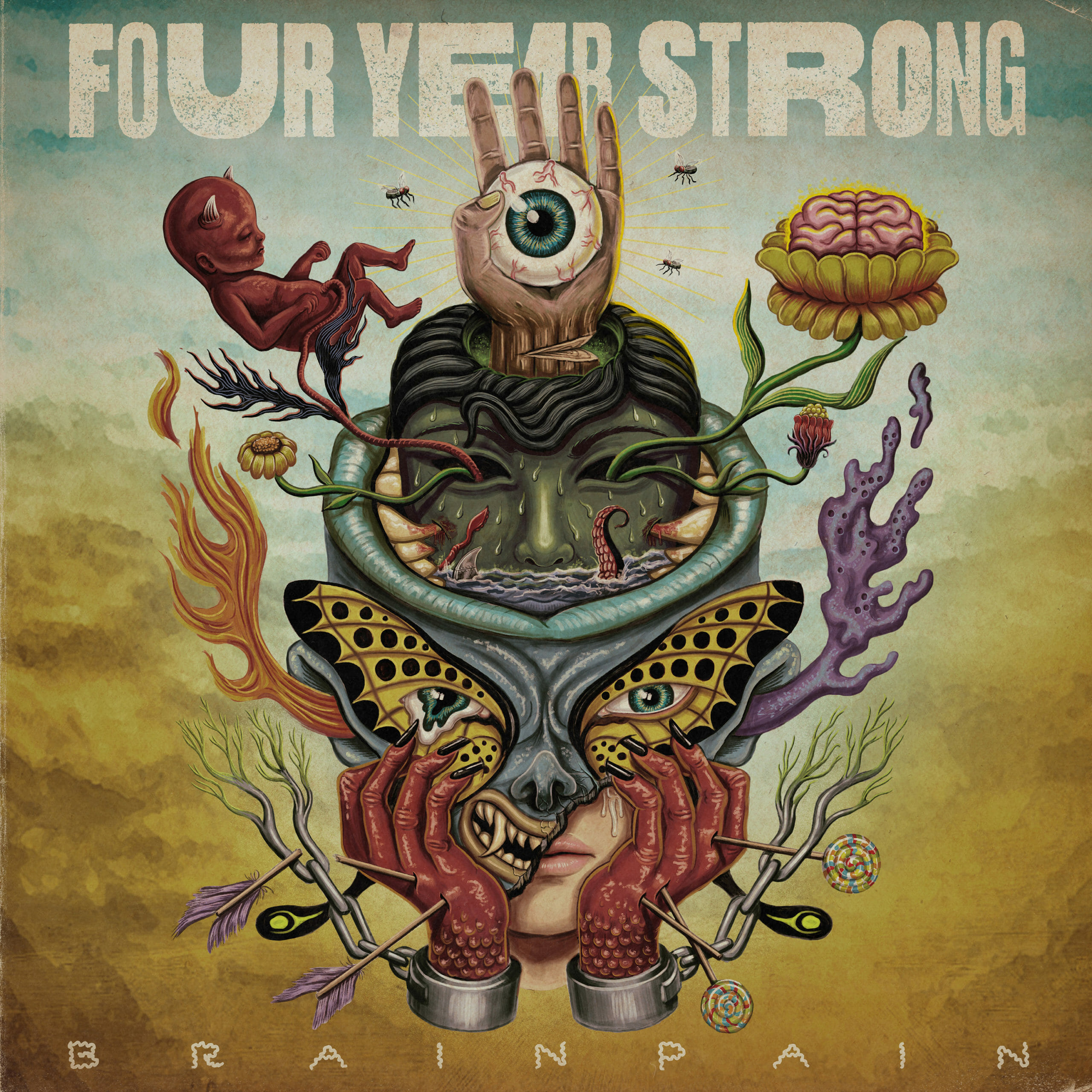 Four Year Strong have released a brand new music video for “Learn To Love The Lie” today. This is the third single from the band’s highly anticipated fifth full-length album Brain Pain, which will be released on February 28 via Pure Noise Records.

“’Learn To Love The Lie’ was one of the first songs we wrote for Brain Pain. Its about being stuck in a mutually miserable relationship, but you’re both too much of a coward to leave,” shares vocalist/guitarist Dan O’Connor on the track. “If you’re going to lie to yourself about being happy, you might as well learn to love it. Lets not kid ourselves…We’ve all been there.”

The band — which is made up of vocalist/guitarists O’Connor and Alan Day, bassist Joe Weiss and drummer Jake Massucco — began conceptualizing the ideas for Brain Pain two years ago and for the past year-and-a-half have focused on bringing those thoughts to fruition. “We didn’t want to set a strict deadline for this album because we wanted to be sure we took the time to write the best songs possible. In the past our writing and recording was so dependent on getting something out in time to go on tour; this time we really had the opportunity to take our time and work through these ideas.” In order to capture that sound the group enlisted producer Will Putney, who was an engineer on 2010’s Enemy Of The World and already had a relationship with the band. “We were really emotionally invested in this music so we wanted to go with someone who we knew would care about it as much as we did and Will was that guy,” Day says.

Brain Pain is available to pre-order today at https://smarturl.it/FourYearStrongMA.

Four Year Strong are gearing up to hit the road in support of Silverstein’s 20 Year Anniversary Tour. The tour will also see I The Mighty rounding out the tour package which will have stops in Montreal, Boston, New York, Atlanta, Dallas, Las Vegas, Los Angeles, Chicago, Cleveland and more. A full list of tour dates can be found below with more information and tickets available at http://fouryearstrong.com/.