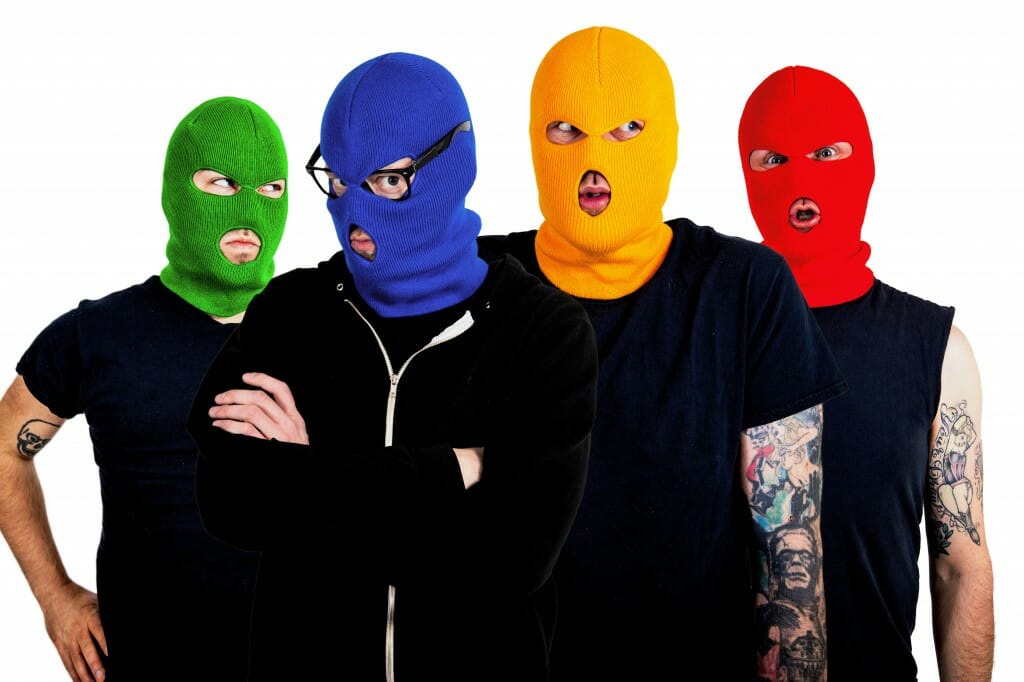 Masked Intruder, the ski-mask clad, punk rock felons from Madison, Wisconsin have announced details surrounding their escape from prison and upcoming album III, their third full-length and debut release on Pure Noise Records. They have also released the first single and music video for “No Case”, which can be seen here: www.maskedintruderband.com

Our songs aren’t just about the feelings and situations that they describe but they’re supposed to hopefully help other people think about and reflect about their own situations,” Intruder Blue summarizes.

The band’s most infectious album to date is now available for pre-order at www.maskedintruderband.com.

6. Please Come Back To Me

10. Stay With Me Tonight

12. I’ll Be Back Again Someday

Masked Intruder kick off a nationwide tour with The Interrupters on February 27. Tickets are on sale now and a full list of cities they hit can be found below.