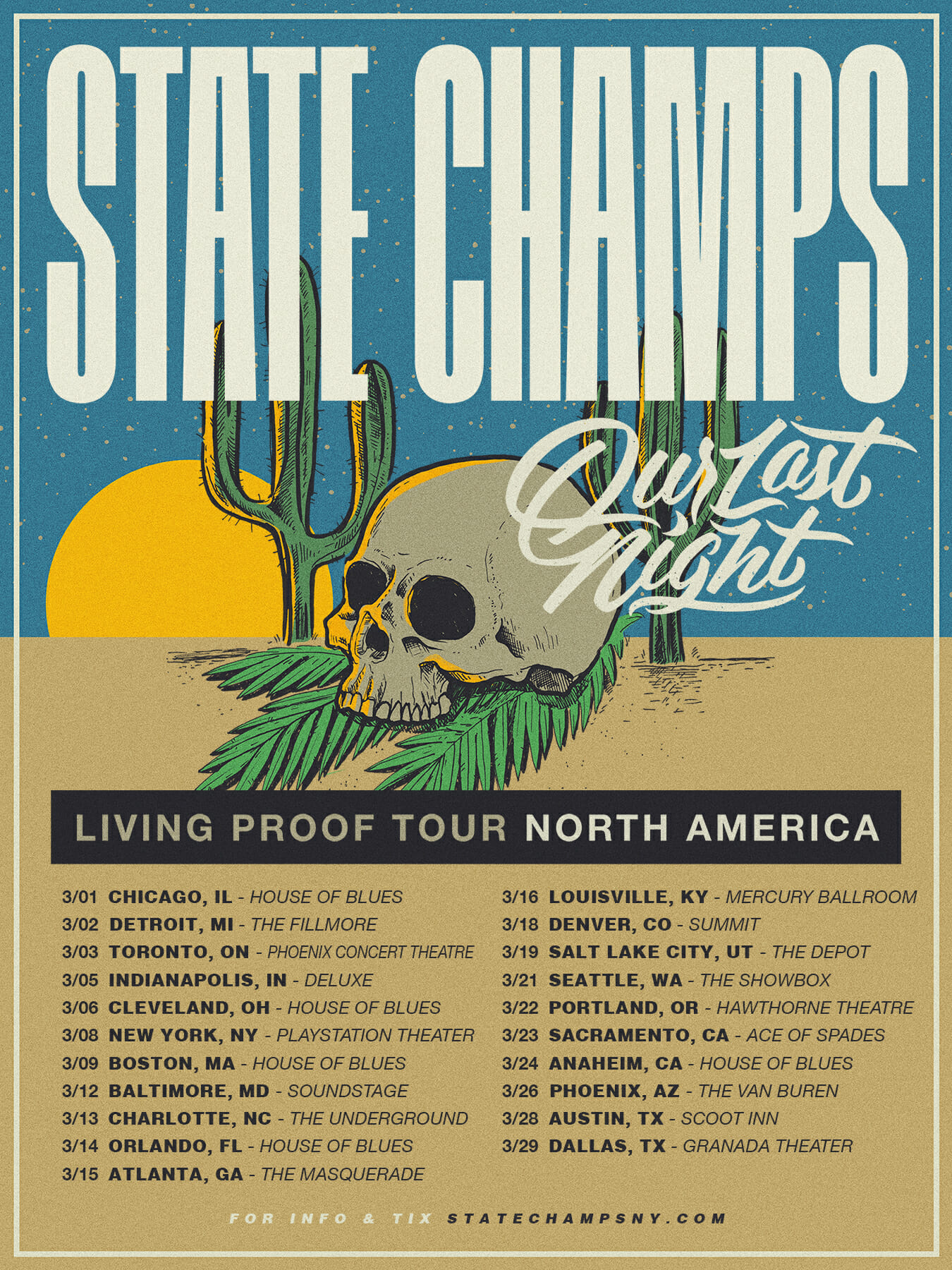 Albany, New York’s breakout pop-punk band State Champs will return to the road this coming spring for their North American, headline “Living Proof Tour.” The month long run will start in Chicago, IL on March 1st and will wrap in Dallas, TX on March 29th. Ticket are on sale now at http://www.statechampsny.com/tour

State Champs have also announced their upcoming “Living Proof Holiday Tour 2018” that will take place in December, where they will be performing their first album, The Finer Things, in full to celebrate its 5 year anniversary. 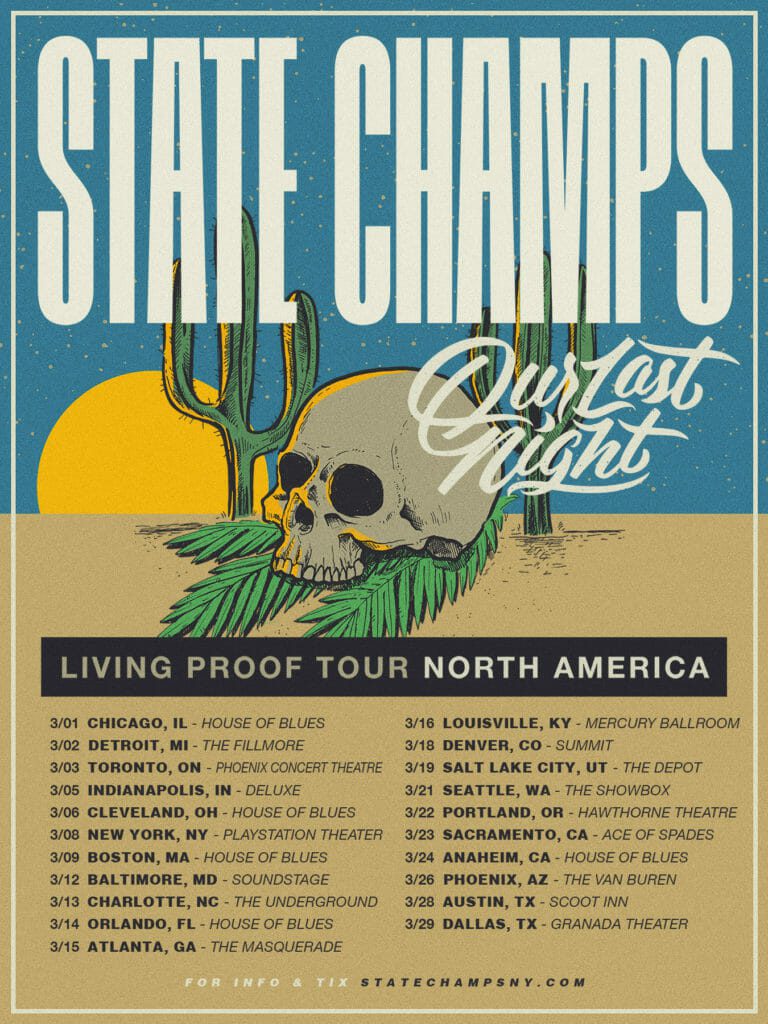 2018 continues to be a banner year for State Champs with the release of their critically praised and highest charting record to date, Living Proof. The record was produced in part by John Feldmann (Blink-182, Good Charlotte) and Mike Green and Kyle Black, the duo that brought their previous record, Around The World And Back, to fruition. Fans can stream the new record at Spotify and Apple Music.