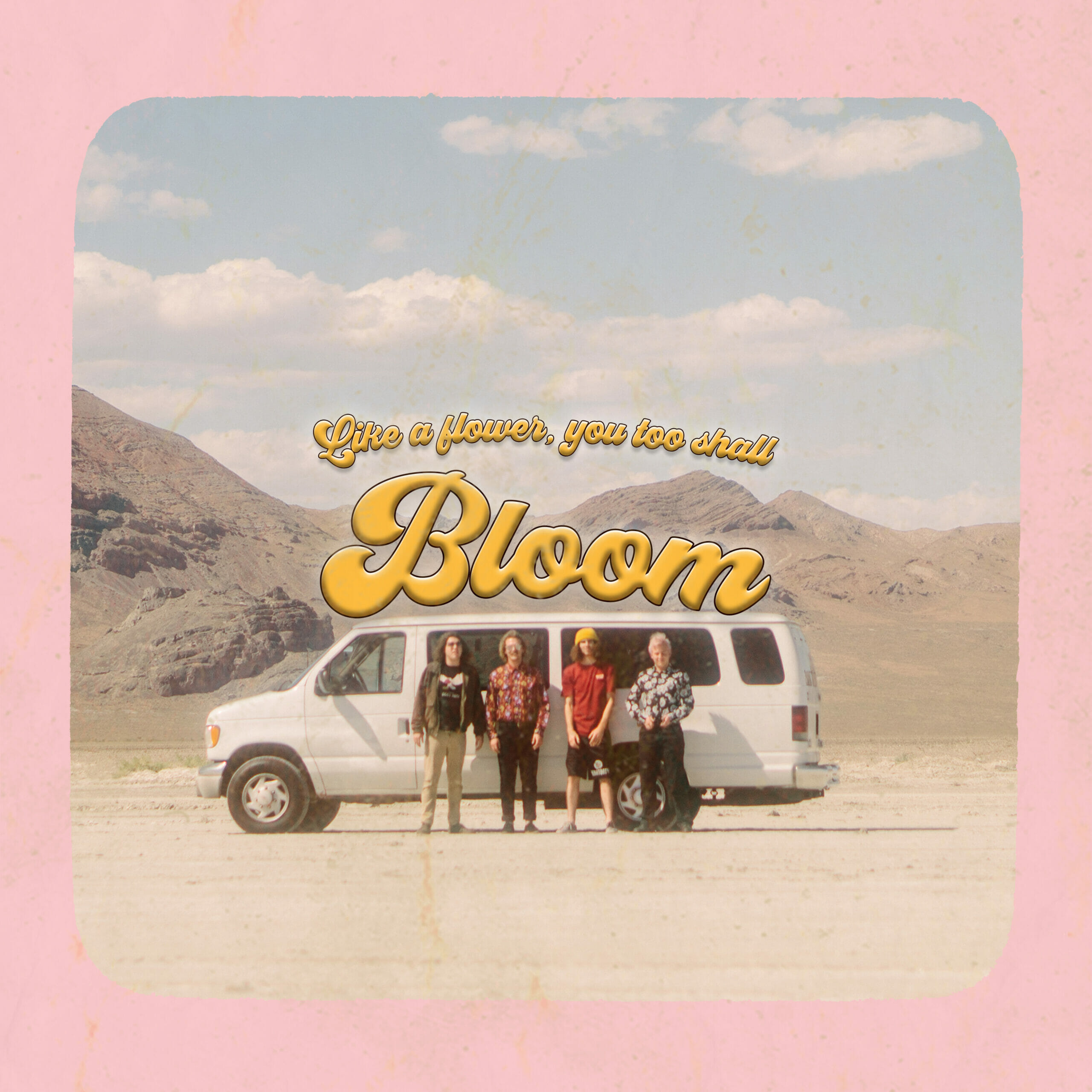 With a swirling combination of ’60s and ’70s-era classic rock and blues with the sunny sounds of SoCal-soaked surf rock, Carpool Tunnel have announced their debut full-length album Bloom. Due out February 26, 2021 via Pure Noise Records, Bloom puts the quartet’s sandbar psychedelic sound on full display creating something that’s both nostalgic and fresh.

In addition to today’s announcement, the band released a new single and accompanying music video titled “Flora,” a bouncy, vaguely nostalgic-sounding track with a sunny video to match.

“The soil of 2020 was dense, and some of us still feel like we’re underground. However, sometimes we need the darkness to reach the light,” shares the band. “’Flora’ is here to remind you that no matter how grim life may seem, there will always be sparks of light, love, and hope as long as we are open to them…then it is up to us to decide how large that spark grows.”

Fans can pre-order Bloom and watch the new video for “Flora” at https://smarturl.it/carpooltunnel.

Like many 21st-century relationships, Carpool Tunnel started with the swipe of an app.

Just two weeks after an ad for Vampr – hailed as Tinder for musicians – came across Daniel Stauffer’s phone in 2017, the Bay Area drummer was in the studio along with two fellow Vampr users, guitarist Bradley Kearsley and singer/guitarist Ben Koppenjan, recording their debut single “Afterlight” with Grammy-nominated producer Billy Mohler.

One new member – bassist Spencer Layne – and a $400 Craigslist van later, the brilliantly named band hit the road, bringing their California cool aesthetic and classically retro sound up and down the coast. In this live setting, free-wheeling and bereft of perfectionist attitudes, the quartet began laying the foundation for their long-awaited debut full-length album, Bloom.

Months of road-testing the album’s 11 tracks in front of fervent audiences imbued a sense of spontaneity and looseness into the songs, letting them effortlessly evolve into the versions heard on the album. Across the set, the band brings the California coast to life through breezy rhythms and soothing melodies, from the slinky, bossa nova-flavored “Tarot Cards” to the bouncy, angular “Flora.”

The first single “Empty Faces,” which was released last month, is a longtime staple of the band’s live set, is perhaps the best representation of Carpool Tunnel’s juxtaposition of classic and contemporary. Atop doo-wop charm and fuzzed-out guitars, Koppenjan muses about the state of relationships in the modern age – a muddied mix of emotions no other generation has been forced to confront.

“We all have people from our past [that] you don’t really talk to anymore but still have a strange connection to,” he explains. “You might follow them on social media or have photos of them. You know nothing about them now but still feel connected to them because you see them all the time.”

The songs on BLOOM are of that same uncertainty, about navigating life’s newness and seemingly omnipresent obstacles heading into adulthood. They’re sentiments and situations the band experienced firsthand in 2018 after moving in together in San Francisco. As responsibilities like school and day jobs piled up next to the more joyous task of writing an album, the close quarters taught the members a lot about themselves – and one another.

“We were all trying to come out of adolescence and find ourselves,” Koppenjan says of the mindset while writing the album. “The message we came up with was, ‘Like a flower, you too shall bloom.’ We were all blooming into ourselves and finding our sound at the same time.”

Bloom is available to pre-order today at https://smarturl.it/carpooltunnel.