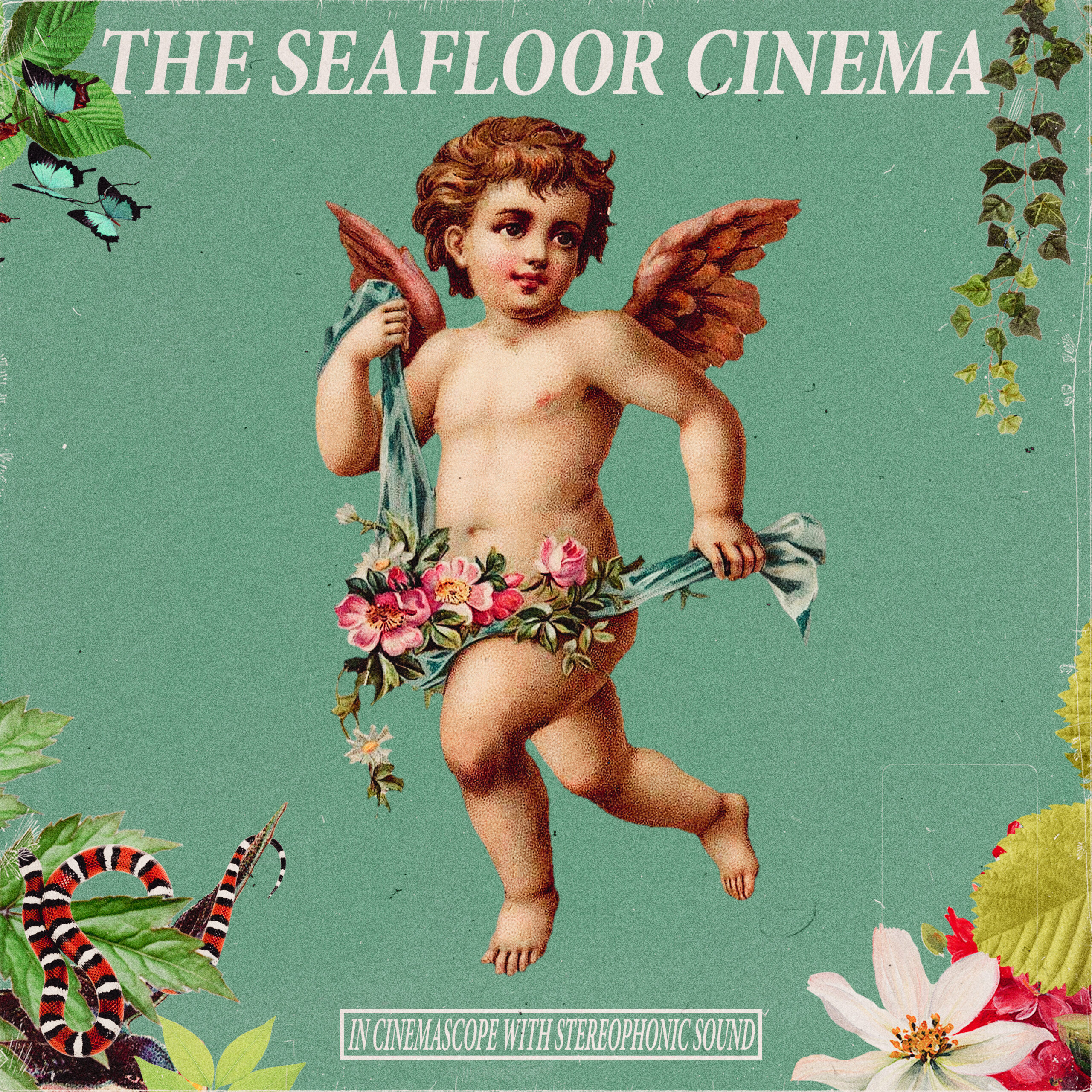 Pure Noise Records are proud to announce the signing of Sacramento, California’s The Seafloor Cinema. The band have also announced the first singles “Tap Tapply” and “Drip God” taken from the forthcoming album “In Cinemascope With Stereophonic Sound” out 12th November 2021.

“At its core ‘Tap Tapply’ is a humbling glimpse ahead at the helpless experience generations of devoted rock fans fall prey to. It’s an anthem for future music scene burnouts who are willing to experience an alternative rite of passage by finding fulfilment in heartbreak and nostalgia.” says the band.

Since forming in 2016, The Seafloor Cinema have been keeping both themselves and listeners guessing with a musical blend-o-matic of Midwestern emo, pop-punk and math rock, spinning unconventional song structures and dextrous, intricate guitar work into captivating underground anthems.

Add to that a penchant for outrageously verbose song titles that would threaten a less-confident band with being pigeonholed as holdovers from Myspace’s glory days, and it’s clear the quartet (guitarist Anthony OnFire, vocalist/bassist Justin Murry, guitarist Seth Lawrenson and drummer Timothy Aldama) enjoy zigging where other acts might zag.

“We wanted to push ourselves in a new direction by collaborating on an album that quintessentially merged the ‘Seafloor’ sound with the accessible pop sensibilities our producer Courtney Ballard is known for. We had a lot of fun, and that’s what we feel the album offers sonically – pure fun. Everyone in the band is inspired by starkly contrasting styles of music that range from, Emo, Post-Hardcore, Mathrock, Pop-Punk, EDM, and Hyperpop – and we used that to meld genres into a visceral sound that we can only describe as Turbo Emo. We wanted to put out an over the top album that absolutely nobody would have expected to come from a band with humble Mathrock beginnings such as us, but at the same time be pleasantly surprised with how fresh the entire experience is from start to finish.” says the band.

They also didn’t lose their sense of humour on this forthcoming record “In Cinemascope with Stereophonic Sound”, produced by Courtney Ballad (Waterparks, Good Charlotte) or their gratitude. Kickstarter backers contributed more than $20,000 to fund the album, and The Seafloor Cinema are determined to not let this goodwill fall victim to the commoditisation of modern culture and the way some acts monetise their fans. The album artwork, a beautiful vintage painting suffocated by plastic wrap, itself serves as a commentary on hyper-commercialism – which they, as always, are quick to cut with their trademark humour.

“Please tell people to stream us in their sleep,” the band says slyly. “Give us passive income so we can make another record. That’s all we want.”