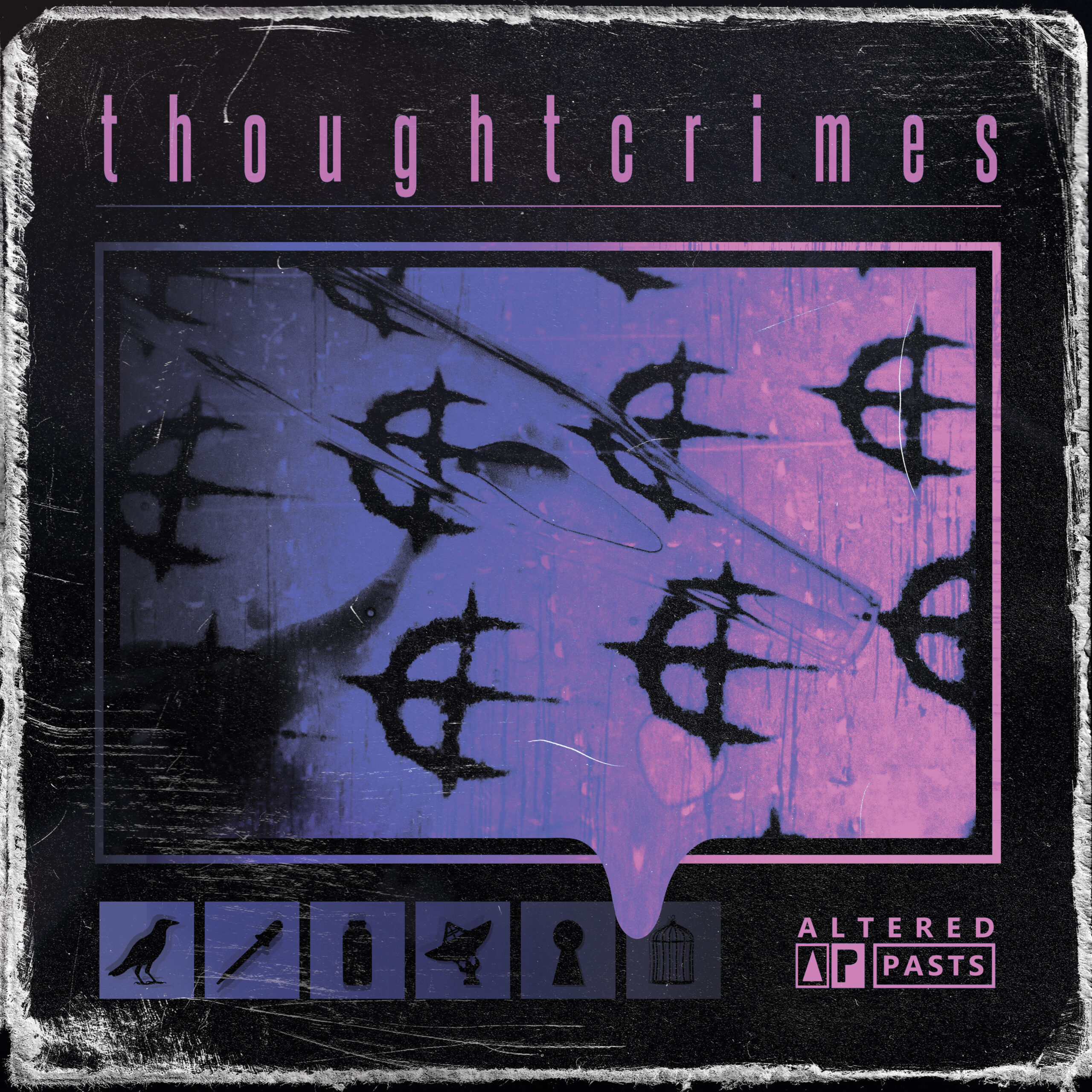 Thoughtcrimes, the Long Island-born five-piece who Alternative Press placed at the top of their list of new hardcore bands, describing their music as “…a familiar mix of ultra-heavy hardcore with a hint of groove and some melody,” release their highly-anticipated full-length album, Altered Pasts, on Aug. 26 via Pure Noise Records.

“Altered Pasts was shaped by the world around us and within us at the same,” explains guitar player Brian Sullivan. “This album is both a reflection and synthesis of our cognitive, emotional and spiritual processes, as well as a catharsis.”

Produced by Mike Watts, the 11-song collection is previewed with today’s release of “Keyhole Romance,” and its accompanying Tom Flynn directed video.

“This is possibly the most ambitious track we’ve ever made,” notes drummer and guitar player Billy Rymer. “We wanted to see how far we could push ourselves utilizing dynamics and pure chaos to cohesively create something disgusting yet beautiful. A concept that lead to the treatment of the music video with the high energy performance segments contrasting with the bright colors and gracefulness of the actress.”

Altered Pasts is the perfect soundtrack for the quasi-dystopian times we find ourselves in. At times an intensely savage listen, at times gracefully gentle, the songs flow together to create one of those rare records that takes you – literally, metaphorically, spiritually – on an actual journey. It’s an album that creates its own world, an alternative universe, a monochrome vision of reality where the air is heavy with despair and the weight of human existence. That’s conveyed with brutally violent, visceral explosions of noise such as “Panopticon,” “Dare I Say,” and “Deathbed Confessions” as well as through more elegant and hypnotic swirls of sound such as “New Infinities” and closer “Lunar Waves,” all propelled by singer Rick Pepa’s cathartic and visceral vocals, guitar player’s Russ Savarese dynamism and the propulsive playing of bass player Cody Hosza – which don’t just match the dynamics of the music but elevate them. There’s also the spoken word track “Hai Un Accendino,” which features poet and Michael Clarity reading a poem he wrote specifically for the band as he found himself stuck in Vietnam at the very beginning of the pandemic. Sometimes, as on the monolithic and majestic “Deathbed Confessions,” those two extremes combine to create something that sounds like the slow-motion end of world and all existence, powerful and nuanced, soothing and terrifying, in equal measure.

Album pre-orders, which include several limited-edition vinyl variants, as well as digital pre-saves can be found here: https://lnk.to/thoughtcrimes_stores.

About Thoughtcrimes
The brainchild of former Dillinger Escape Plan drummer Billy Rymer, Thoughtcrimes started as a bit of fun when he was home on Long Island in between Dillinger tours. After joining DEP he soon stopped playing guitar, because, as he puts it, he “had two of the craziest guitar players of all time playing alongside me.” There was, he thought, just no point. But his longtime friend and now Thoughtcrimes’ guitarist Brian Sullivan thought otherwise, and convinced Rymer that he should pick up the instrument again. In 2019, the band came to life with the additions of vocalist Rick Pepa, guitarist Russ Savarese and bassist Cody Hosza. Within a week they had recorded the four-song Tap Night EP and self-released it soon thereafter. The band, in partnership with Pure Noise Records, re-released the collection, with two additional tracks (“Wedlock Waltz,” and “Misery’s A Muse”) in late 2021. Praised by critics worldwide, the feral outfit have been dubbed “chaotic” (Brooklyn Vegan), “daring” (Kerrang!), and “uncompromising” (Consequence).