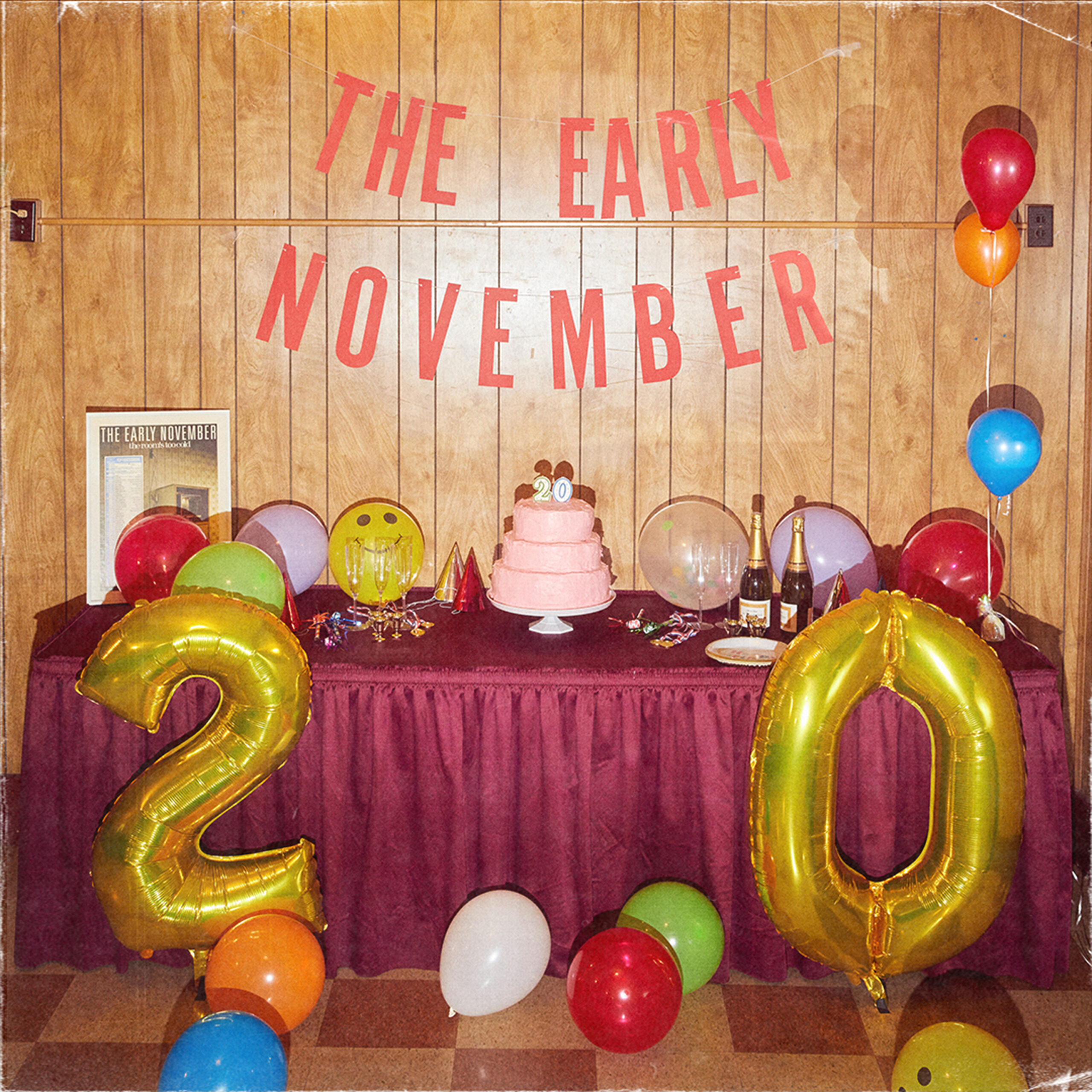 Beloved American Rock band The Early November have announced album “Twenty” set for release on 14th October on Pure Noise Records. “Twenty” effortlessly straddles the divide between then and now, its 10 songs casting a backwards glance at the days and years gone by, while also looking forward to the future. A collection of both brand new tracks and older ones written during the course of the band’s life to date, the result is something of a paradox: this both is and isn’t a new Early November record.

“Twenty is an album we are extremely proud of.” says Ace Enders. “It captures the moments of our 20 year career perfectly. Alot of these songs were originally b-sides from over the years, some of which are the strongest songs we’ve written together, but simply just didn’t fit on an album. It feels almost like fate that they were saved until now for this release.”

Lead single “Make It Happen”, cited as the most nostalgic song from the album.
“We wrote the lyrics driving through the desert for the first time on the 2002 warped tour.” says Ace Enders. “It’s a song about leaving and finding a way to make a relationship work while being apart”

The band will hit the road across the USA this Fall with I Can Make A Mess
Full dates below:

The Early November has always been ruled by nostalgia. Frontman Ace Enders was only a teenager when the band started life in New Jersey in 2001, but even then he was already lost inside his past, forever trying to recapture that most impossible of things to capture – time, as well as everything that happens inside it. It’s ironic, then, that Twenty manages – as much as is possible – to do that. A celebration of the two decades that have somehow passed since debut EP For All Of This came out, these 10 songs don’t just get lost within the past, but also redefine it, bringing it fully into the present. Recorded and produced by Enders mostly at his Ocean City, NJ studio, with founding drummer Jeff Kummer in tow.

“Ace and I have been in the band from the jump,” says Kummer, “so I know every single song we’ve ever recorded, as well as all these deep cut songs fans have loved along the way that never got to shine. And now they get to come to life in this re-recorded form. And then there’s new stuff that people have never heard, so it’s the best of both worlds. To go back to those older songs some 20 years later and think about where you were as a kid, we honestly felt like kids doing it all over again. Because that excitement just comes right back when you’re working on something that was like so innocent and fresh, because you were starting a band that you knew had something and you really believed in.”

Don’t be fooled into thinking this is just a collection of old songs made new, though. Nothing could be further from the truth. Both Enders and Kummer made the decision that they wanted Twenty to play and flow like any other studio record from front to back, and they spent a significant amount of time ensuring that that would be the case.

The result is a record that truly captures the essence and spirit of The Early November, even if, because of pandemic logistics, the other members – Joseph Marro (keyboards/guitars), Bill Lugg (lead guitar) and Sergio Anello (bass) – aren’t present on this recording. Nevertheless, Twenty gives an overview of who the band were back then and who they are now, as well as the distance between those two things.