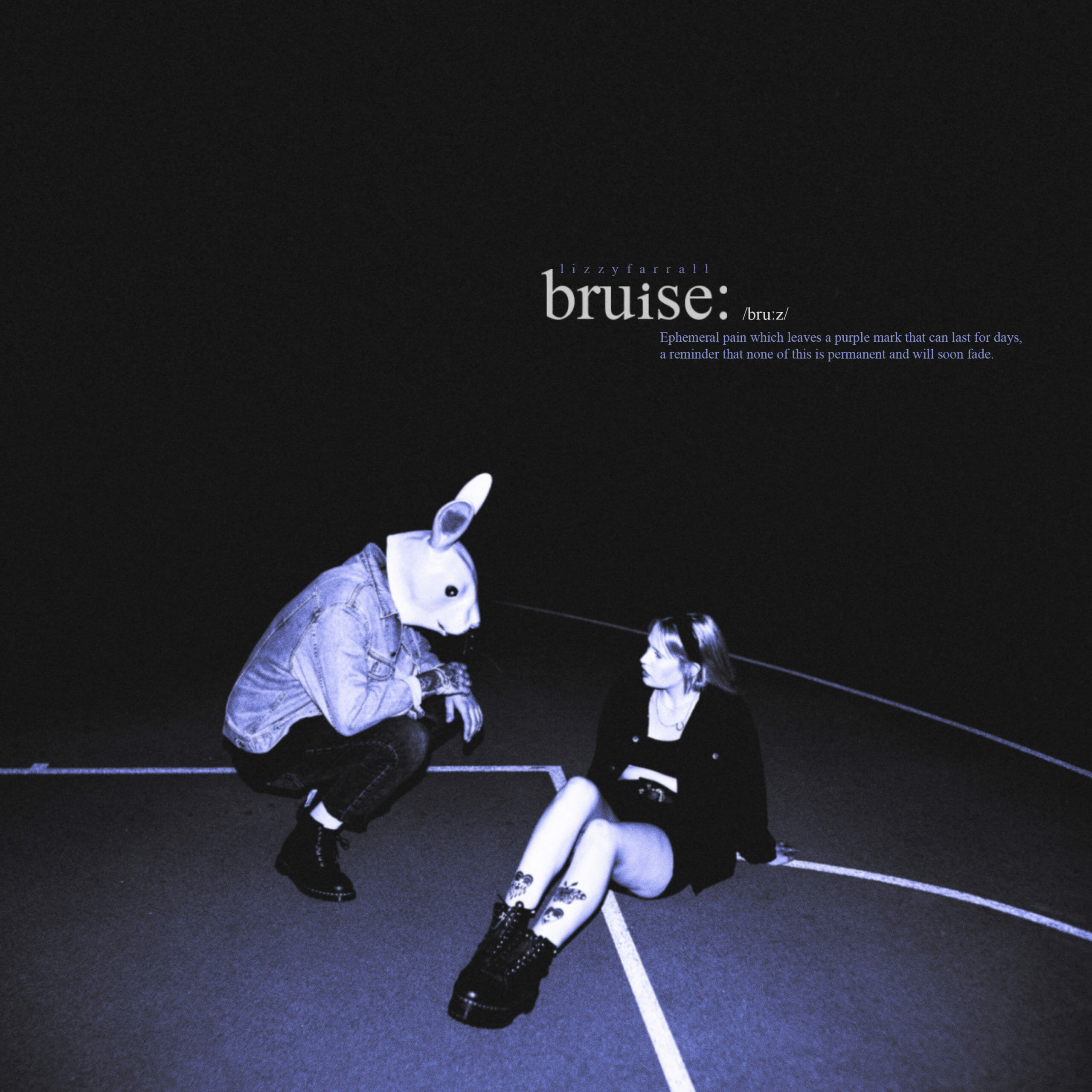 Lizzy Farrall has announced details of her upcoming debut full length titled ‘Bruise’, which will be released March 27, 2020 through Pure Noise Records. Fans can now listen and watch the new music video for the song “Addict” here

On the theme of the music video, Lizzy explains, “the video depicts an extreme obsession with someone, going so far as to kidnap them at gunpoint out of a desire to control and possess them. The white rabbit mask, a recurring theme in my visuals, is a more ambiguous symbol, evoking the idea of another-worldly guiding figure – like the white rabbit from Alice in Wonderland or Frank from Donnie Darko – while also being a more personal metaphor for a journey of rebirth. The ending reflects how self-destructive and damaging these obsessions can be.”

Lizzy has always had that unflinching approach to words and for her debut album she was able create the sound she wanted to as well by collaborating with Miles Kent (Catch Fire), Chris Curran (PVRIS, Handguns), Anton Delost (Bearings, Seaway), and Brett Romnes (I Am The Avalanche).

‘Bruise’ follows Lizzy’s EP ‘Barbados’, which was released summer of last year. Fans can purchase or stream the EP on iTunes, Apple Music or Spotify or watch the official music videos for the title track “Barbados” and “Games”.