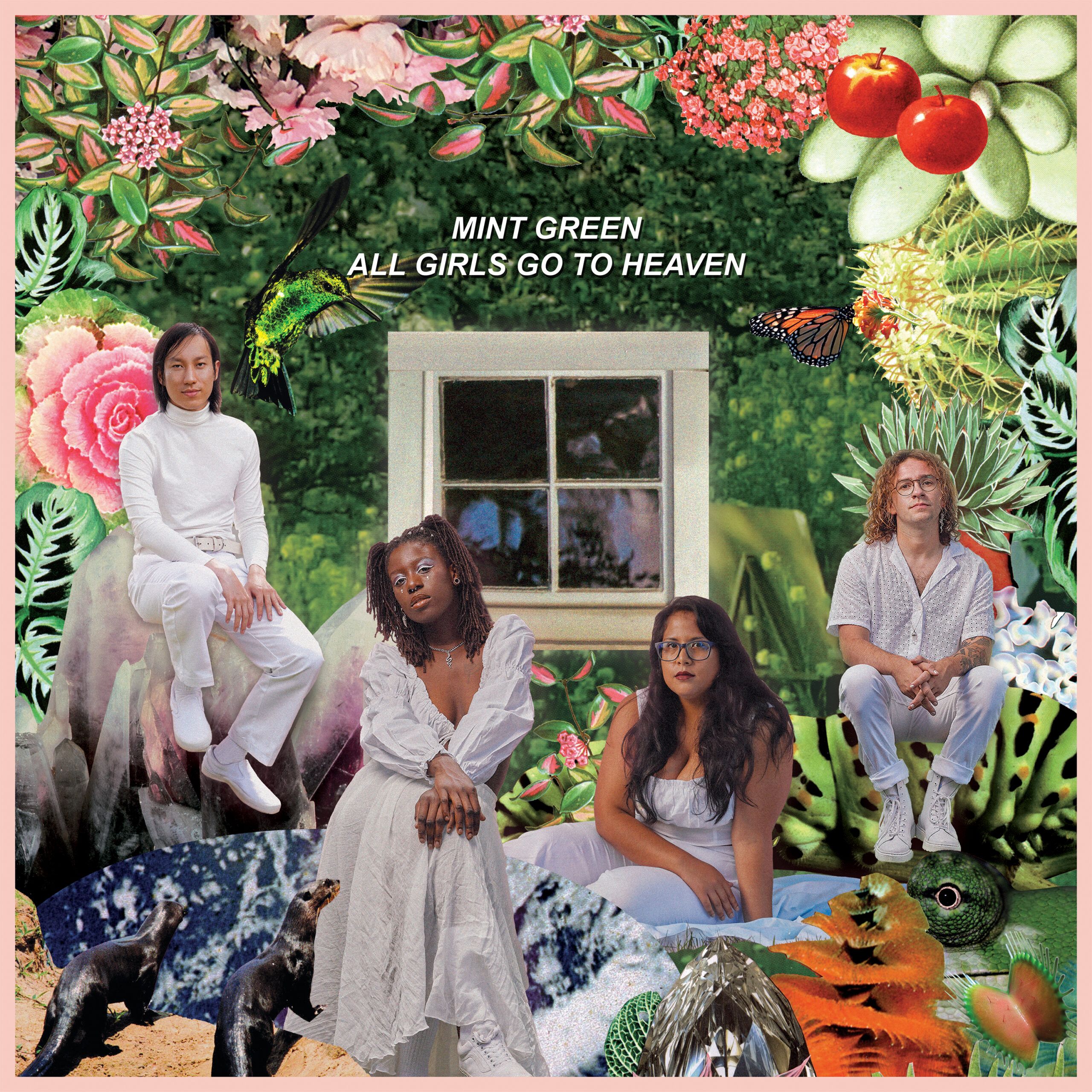 Keep your eyes out for Boston’s next national indie-rock export: Mint Green. Today the band announces their debut album, All Girls Go To Heaven, is coming out June 3 from Pure Noise Records (pre-order here), and they’ve also shared a video for one of its highlights, “Trying.” Complete with a video directed by Haoyan of America, it’s a song that juxtaposes internal desire with harsh reality, as vocalist Ronnica explains:

“This song explores the narrative of someone who is holding on to what is left of their failed relationship while the other person has already seemingly moved on. Its tone is upbeat and bouncy in the verses. The lyrics pair the mundane with the fantastic. They are both giddy and frivolous. Determined, yet futile.”
check out the video for “Trying” below:

Like a lot of All Girls Go To Heaven, “Trying” pairs opposing feelings; here, its poppy and playful verses meet with somber choruses shrouded in sadness, and elsewhere it’s almost like a choir or gospel with swirling vocal harmonies and repetitive, trance-like guitars. This approach blends each members unique talents: Ronnica’s bright vocals, Daniel’s playful rhythms, Tiffany’s bouncy bass lines, and Brandon’s effervescent guitars are blended to embrace the listener into the honest and ethereal world of “Trying”.

“The lyrics pair the mundane with the fantastic,” Ronnica continues. The band clearly takes a holistic approach to songwriting; “Trying” is a view of the band’s effort throughout All Girls Go To Heaven to communicate themes that describe the space we occupy between ordinary trials of reality and a fantasized world of dreams and desire. Ronnica continues: “The tone is hallucinogenic. Almost like a mirage. It feels like you’re so close to reaching something, yet so far away.”

Mint Green are the refresh button. For indie rock, for the ever-expanding catalog of heartbreak anthems, and for days that just feel like utter garbage. Pick a subject — any subject — and the Boston band have revitalized it somehow, with a coolness that escapes legions of modern acts stuck retracing the same rut of rock music. Since opening a lush vein of rock on their self-released EPs Growth (2016) and Headspace (2018), the band has formed a tender bond with listeners over the dizzying highs of crushes, the sting of soiled relationships, and nagging bouts of self-doubt — each examined through Mint Green’s refreshing filter. In between performances across the U.S. and the U.K. the group’s colorful, punk-y perspective has earned them 3 Boston Music Awards nominations on their home turf: New Artist of the Year, Alt/Indie Artist of the Year, and 617Sessions Artist of the Year. Their 10-track debut LP All Girls Go To Heaven drops June 3 via Pure Noise Records and promises to whisk you away to a dreamier place.